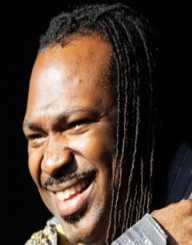 American guitarist, songwriter, and producer Al McKay were born as Albert Phillip McKay. He was born on February 2, 1948, in New Orleans, Louisiana, United States of America. He is a five-time Grammy Award winner.

While in his early youth, he became an accomplished guitar player. As an 18-year-old teenager, he performed at his first professional concert playing the guitar for the ‘Ike & Tina Turner Revue.’ McKay joined the musical group known by the name of Charles Wright & the Watts 103rd Street Rhythm during the late 60s. He was with the group when in 1970 the popular classic song of the group ‘Express Yourself’ was made.


Career As a Musician

Stint With Earth, Wind, And Fire

Al McKay joined the American funk band ‘Earth, Wind, and Fire’ in 1972. He was an integral part of the group when it first came to fame with the release of its 1973 album ‘Head to the Sky’. During his 10-year long association with the band, he played the role of its main guitarist.

He also played percussion instruments and even sitar according to the exigencies of the circumstances. Besides performing, he worked as a songwriter and producer for the group.

He composed some of the most memorable and acclaimed songs of the band including the likes of ‘Sing a Song,’ ‘Saturday Nite’ and ‘September.’ McKay was a key member of the group, and his contribution to the success of it including the platinum and gold recordings of the band was immense.

While working with the band, Al McKay won five Grammy Awards for the albums released by the group. The band earned its sixth Grammy Award for the album ‘Wanna Be With You’ (1982). However, at that time, McKay was not a part of the band.

Al McKay had already left the group after the release of the album ‘Faces’ (1980). His performance with the group was recognized in 2000 when he was inducted into the ‘Rock & Roll Hall of Fame.’ As a composer also, he did some commendable works with the band. In 2010, induction into the ‘Songwriters Hall of Fame’ gave him his due recognition.

Work As An Independent Artist

‘Earth, Wind and Fire’ became defunct a year after its album won the sixth Grammy Award for the band. The performing members took a break in 1983. They came together again in 1987.

However, Al McKay did not become part of the revived group. He worked as an independent artist. A plethora of music players hired him for countless studio sessions. Working on different projects, he composed and produced different albums throughout the 1980s.

Formation Of His Band

In 1990, Al McKay formed his group ‘LA All-stars.’ He later renamed it as ‘Al McKay Allstars.’ With his 13-piece ensemble, he along with his band continued to perform around the world in the prime jazz festivals of the world.

He performed a show called ‘The Earth, Wind & Fire Experience’ in almost all of these festivals. His main intention was to explore the Earth, Wind and Fire songs which were so close to his heart and immerse himself in nostalgic performances.

As a songwriter, McKay's former band member, the late Maurice White hugely impressed him. He co-wrote many songs with White and described him as his best songwriting partner. During his Al McKay Allstars’ European tour concert, McKay came up with a buoyant dance song titled ‘Everybody Get Up.’ The song was hugely applauded by the European audience.