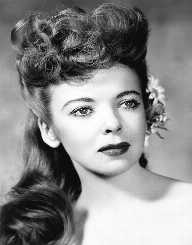 Widely honored as a pioneer of filmmakers, Ida Lupino was born on February 4, 1918. Having produced over 100 episodes for several series her most significant breakthrough came when she featured in The Light That Failed.

Being brought up in a family of actors helped Ida Lupino shape her career. Her mother brought her to try an audition where she performed perfectly well.

His father built a mini theatre in their home backyard for Ida and her sister who helped her internalize Shakespeare's plays leading roles. Lupino Lane, Ida's uncle, played a major in her career by giving her role at British International Studios as a background actress.

Ida Lupino always wanted to be a writer. She found herself in the center of a family that wanted her to join the film industry just like everyone. Since she never wanted to disappoint his father, she enrolled at the Royal Academy of Dramatic Art in London.

Ida Lupino's first contract came in 1932 after she made her debut in Her First Affairs. In 1934 young Ida Lupino went to Hollywood where she played minor roles in Peter Ibbetson.

Her biggest breakthrough came in 1939 when she stirred a major role in The Light That Failed. She made an appearance in High Sierra in 1941 and later The Hard Way in 1943.

Ida Lupino created movies that touched on the societal problems such as rape, polygamy in 1939. As a film director, Ida directed several television shows, Charlie's Angels, The Mod Squad, Police Woman, The Virginian, and Batman.

Ida Lupino gained a U.S citizenship in 1948 and was a staunch supporter of John F. Kennedy

Ida's marriage story is not as good as that of her career. She went into three marriages, Louis Hayward in 1938 to 1945, three years later she tied not with Collier Young and separated in 1951.

She later married Howard Duff in 1951; they stayed together for 32 years before Ida filed a divorce in 1983 which was made official in 1984.

Ida Lupino received best actress award from New York Film Critics Circle Award for her role in the film The Hard Way in 1943. Her prowess in The Devil's Rain, as a supporting actress earned her Inaugural Saturn Award.

Hollywood Walk of Fame has two stars in honor of Ida's contribution in the film industry.

Ida Lupino was not spared by a polio outbreak that hit Hollywood in 1934. Her career was affected by her contract with Paramount was canceled. This did not, however, stop Ida from writing, directing and producing films.

On August 3, 1995, after a long battle with cancer, Ida Lupino passed on in California.