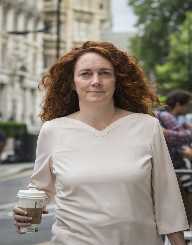 Rebekah Mary Brooks, the British journalist and former newspaper editor, is famous for her alleged role in the News International phone hacking scandal. However, later she was cleared of all the charges in the case. Before this incident, she boasted of being the youngest editor of a British national newspaper at the age of 31 when she acquired the post at News of the World in May 2000 and soon became known for her populist touch. She also served as the first female editor of the tabloid newspaper The Sun from 2003 to 2009. She became the CEO of News UK in 2015. It is believed that she has strong connections with the establishment and links with the centers of power in the UK.

Rebekah Mary was born on 27th of May, 1968 in Warrington, the largest town in the county of Cheshire (earlier Lancashire), England, United Kingdom. Very little is known about Brooks that can be verified correctly. The January 2012 edition of Vanity Fair speaks of the ways she took to reach the top position in the industry.

According to it, she spoke in a ‘girls-school’ accent to depict herself as someone from a posh background and to hide that her father was a tugboat deckhand and gardener. She grew up in Daresbury, a small village in Halton.

Rebekah Mary wanted to become a journalist at an early age of 14. She attended the Appleton Hall High School in Appleton, Warrington. Although Brooks once stated in an entry in Who’s Who that she had received her education in Sorbonne, Paris but many suggest that she didn’t go to Paris to study as she had begun working before 20. Brooks has also not cleared the confusion and raised further suspicions as she did not claim to have a degree.

Rebekah Mary used her proficiency in the French language while working for the French magazine, L’architecture d’aujourd’hui in Paris. She returned to the UK and worked for Eddy Shah's ‘Messenger Group'. After that, she turned to The Post, another tabloid newspaper owned by Shah.

However, it ran for only five weeks and was folded back in December 1988. Her first job in journalism was at the town’s newspaper, the Warrington Guardian.

In 1989, Brooks joined the Sunday magazine of News of the World as a writer. She rose to the position of secretary and then became its deputy editor. She was transferred to The Sun for a short span of time in 1998. She helped to research upon the portrayal of women in the press. She stressed that women were significantly under-represented in the newspapers.

On her return to News of the World, R Rebekah Mary was appointed as the editor, the youngest one amongst the British national newspapers. After the murder of 8-year-old Sarah Payne by Roy Whiting, Brooks launched a campaign of naming and shaming the convicted child sex offenders. This campaign was blamed for inciting people to take the law into their hands and the violence unleashed by angry mobs. But this campaign resulted in an increase in the sale by around 95000 copies a week.

In 2003, she returned back to The Sun and became its first female editor. During her tenure, the newspaper began covering mental health stories extensively. In 2009, she became the Chief Executive Officer of News International and served it till 2011. After the Phone hacking scandal, Brooks received £ 10.8 million as a compensation for the loss of office.

The News International phone hacking scandal involved the controversy in which the employees of News International were accused of hacking the phones of victims, bribing the police and using connections to exert influence while covering the stories. By July 2011, the information about phone hacking reached the public sphere and resulted in a public outrage against the activities of the newspaper.

The owner, Rupert Murdoch and his son James resigned from the posts of News Corporation Director and Executive Chairman respectively. Rebekah Brooks too had to resign from the post of CEO. The ‘Leveson Inquiry’ was set up to look into the matter. The Guardian continuously reported about its competitor as well as the role of Brooks.

During the course of the investigation, Brooks was arrested more than once by the police. The first time Rebekah Mary was arrested for 12 hours on 17 July 2011. She was rearrested on 13 March 2012. Various charges were put upon her related to the given case. However, finally, in June 2014, she was acquitted of all the charges pertaining to the scandal.

Her defense that she didn’t know about the illegal acts carried out by the newspaper she edited was surprisingly accepted by the jury. Andy Coulson, with whom Brooks had a secret affair, was found guilty of the charge of conspiracy to intercept voicemails and sentenced for 18 months prison of which he had to serve only five months.

Rebekah Mary got married to actor Ross Kemp in June 2002 in Las Vegas, the USA after her earlier engagement with him in 1996.  She was held for 8 hours by the police after an alleged assault on her husband.

Rebekah Mary had an extra-marital affair with Andy Coulson during her marriage to Kemp. Finally, the couple got separated.  Rebekah married Charlie Brooks, former racehorse trainer and author in a lakeside ceremony in June 2009. The couple became parents of their daughter, Scarlett Anne Mary Brooks, who was born on 25 January 2012 via a surrogate mother at the private Portland hospital.

Rebekah Mary is believed to have strong ties with centers of power. Brooks also had amicable relations with Tony Blair, Sarah Brown and other influential politicians. Her marriage in 2009 with Charlie Brooks was attended by the likes of Gordon Brown and David Cameroon.

Rebekah Mary emails reveal that she had an hour-long conversation with Tony Blair before her arrest in which he offered his advice on dealing with the phone hacking scandal by setting up an internal inquiry.

Rupert Murdoch has again shown his support for Brook s. With his support, Rebekah got appointed as Chief Executive of News UK in September 2015. She is also a Director of News Group Newspapers and Times Newspapers.