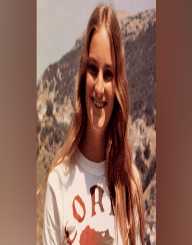 Patty Hearst was born on the 20 February 1954 in San Francisco, California to Catherine Wood Campbell and Randolph Apperson Hearst. Her grandfather was the newspaper magnate William Randolph Hearst.

She was a pupil at Crystal Springs School for Gills, Hillsborough as well as the Santa Catalina School, Monterey. After high school graduation to studied at Menlo College, Atherton, and the University of California, Berkeley.

Patty Hearst was kidnapped from her apartment at 2603 Benvenue Street, Berkeley, California on the 4 February 1974. A group of gun-wielding people grabbed the young women, placed her in the boot of their care and escaped. She had been kidnapped by the Symbionese Liberation Army (SLA) a self-styled group led Donald DeFreeze. The anti-capitalism SLA aimed to try and start a guerrilla war with the U.S. government. The group had already killed a school official in Oakland with cyanide-tipped bullets and had wounded one other official at the school. They kidnaped Hearst, the granddaughter of media magnate William Randolph Hearst, to draw attention to their cause.

Shortly after her abduction, the SLA distributed audio tapes with ransom demands. One demand was for millions of dollars of food to be donated. Then on the 3 April 1974, a tape was released with Hearst claiming that she had joined the SLA’s fight against inequality. Almost a fortnight later, Hearst was involved in an SLA bank robbery, and the bank’s surveillance cameras show her holding an assault weapon. The kidnapping case of Hearst was followed internationally, and the FBI worked frantically to find her and the perpetrators.

After a massive hunt, the FBI had a breakthrough when two SLA members were almost apprehended shoplifting an ammunition belt. The gateway van was found and this, in turn, led the FBI to the safe house. The house was surrounded by police, and after a shootout, the building was destroyed by fire. DeFreeze was killed in the fire, along with five other SLA members and Hearst escaped with the remaining members. Hearst was finally captured on the 18 September 1875 and charged for the crimes committed since her abduction.

Patty Hearst was put on trial, and a jury found her guilty. She was sentenced to seven years in jail and had served twenty-four months when President Jimmy Carter commuted her sentence.

Shortly after her release from prison, Patty Hearst married a policeman who had been part of her security team, Bernard Lee Shaw. The couple remained married until his death in 2012. Hearst had two daughters with Shaw, Gillian, and Lydia.

Her memoir, Every Secret Thing, was published in 1981.