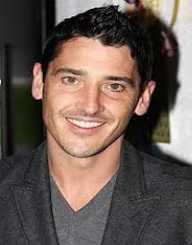 Jonathan Knight is known as one of the members of the pop group New Kids On The Block that rose to fame in the late 80s to the early 90s. His younger brother, Jordan, is also part of the group. Knight is the first member to break off the group and then rejoined during the band's reunion in the late 2000s.

Jonathan Knight also came out as part of the LGBTQ community, identifying himself as gay when rumored love interest Tiffany accidentally revealed his sexuality to the media. He confirmed the news and stated that he never hid nor found a need to explain his sexuality to people.

He is engaged to his longtime partner, Harley Rodriguez, a fitness coach and established their relationship since 2008. The couple was a part of the 26th season of the reality show The Amazing Race wherein they placed 9th in the overall ranking. Knight proposed to Rodriguez while they were spending time in Africa in 2016 for a vacation.

Jonathan Knight was born on November 29, 1968, as Jonathan Rashleigh Knight in Worcester, Massachusetts as the fifth child of six siblings. His parents, Marlene and Allan Knight, are both Canadian natives and are also served in the Episcopal church. The youngest of his siblings also joined him in his musical endeavor as a member of New Kids on The Block.

Knight grew up to become a timid boy but was gifted in the art of singing. He was a member of their church choir, and even his shyness did not stand in the way of his passion for it, along with his brother Jordan who also shared the same intensity.


The Birth of a Pop Boy Band

In 1984, Donnie Wahlberg, who lived around the neighborhood and a close friend of Jonathan Knight, recruited him and his brother Jordan to an upcoming band. The trio was later joined by Danny Wood and Joey McIntyre which completed the lineup for their band, and thus came the birth of a new pop boy band named New Kids On The Block

In 1986, the group released their debut album, but it was not until their second album release in 1989 did the group garner commercial attention and success. The album was entitled Hangin' Tough which was recorded under Columbia Records label that consisted of 10 tracks.

All ten tracks gained recognition of which 3 of their tracks became regular at the hit charts namely, Please Don't Go Girl, You Got It (The Right Stuff), and I'll Be Loving You (Forever). Not only did the band sold a record-breaking 80 million records at the time but they also accumulated some fans, the majority of them consisting of girls in their teens.

Despite the fame and success, Jonathan Knight opted to quit the band after an 8-year stint with the group in 1994. Much later, he revealed to the public that he suffered from anxiety and panic attacks due to the performances and the pressure from the fans and media alike.

Knight also stated that he sought help for this affliction and gradually became better. Out of the spotlight, he turned to business and found employment in real estate.

Jonathan Knight, later on, waltzed back into the music scene and rejoined NKOTB in 2008 wherein the band released an album entitled The Block to celebrate their union. The Block contained the single Summertime which topped the local charts upon release.

Soon after, NKOTB went on tour from 2011 to 2013 with other boy bands joining their lineups such as 98 Degrees and Boyz II Men. Consecutively, the launched their European Tour in 2014 followed by another tour entitled Main Event in 2015.