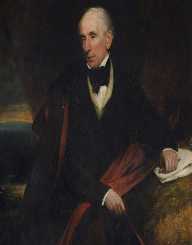 William Wordsworth was a great and famous poet that is known all over the world. He is known to have played several contributions to Literature and poetry in particular. He is known to have ushered the Romantic Age in English Literature. He had a joint publication of Lyrical Ballads with Samuel Taylor Coleridge in 1798. He had a deep connection and a deep sense of love and appreciation of nature. He so much cultivated his early life to appreciate nature. In fact, his poetry is influenced by nature.

He learnt poetry from his father and read extensively from his father’s library. He got himself published when he wrote his poetry collection An Evening Walk and Descriptive Sketches. He later produced the Lyrical Ballads with Coleridge. The preface written for Lyrical Ballads was known to be one of the most important works of the English Romantic Movement. He wrote only play,The Borderers despite being a prolific poet.

William Wordsworth was born in Cockermouth, Cumbria, England into the family of five children as the second of the children on 7, April, 1770. His father, John Wordsworth was a legal agent for one of the 1st Earl of Lonsdale, James Lowther while his mother, Ann Cookson was the daughter of a linen-draper. He was the closest to his only sister with whom he shared a lot of moments with. He attended a grammar school before going to Ann Birkett’s School at Penrith. His mother’s death made him go to Hawkshead Grammar School in Lancashire. Five years after his mother’s death, his father died. Due to his parents’ death, he had to separate himself from his beloved sister as he had to live with relatives.

During his schooling at Hawkshead Grammar School, William Wordsworth discovered that he has a firm love for poetry. He then decided to launch his career as a poet by writing a sonnet in the European Magazine in 1787. He became known as a poet at that period. He later set out to tour Europe while he was studying at St Johns College in Cambridge. This tour made a  lot of impact on him. It kindled his interest and sympathy in life. It also sensitized him to the troubles of the common man on the street. This feeling and sympathy influenced his poetry later in his life.

William Wordsworth later published in 1793, poetry collections which he titled An Evening Walk and Descriptive Sketches. This poetry collection further made his career stronger. In 1795, he collaborated with Taylor Coleridge, and they produced one of the most significant works in English Romantic Movement, Lyrical Ballads in 1798. Later on, he published a set of poems in two volumes before producing Guide to Lakes, the Excursions, and Laodamia in the 1810s. The Prelude which was considered to be his masterpiece was an autobiographical poem which was published in 1850 after his death.

William Wordsworth produced so many works of which many of them are relevant in different countries. Different school curriculum adopted most of his works. Some of his works have gone on the shore to different continents including Africa. One of the best of his works which are always regarded as a masterpiece was his work with Samuel Taylor, Lyrical Ballads. The poems in this collection are one of the most influential and in fact very significant in English Romantic Movement.

William Wordsworth fell in love with Annette Vallon, a French woman he met while he toured France as a student. He had a daughter, Caroline with her but he did not marry her. He did all the best he could to take care of his daughter. He married his childhood friend, Mary, in 1802, with whom he had five children. However, three of them died before him. In 1847, after the death of Dora, his daughter, he was so much devastated and frustrated that he had to stop writing poetry completely.

William Wordsworth, however, became sick and died after the short illness on 23 April 1850. His legacy was, however, the introduction of a new attitude towards nature as he was able to give nature imagery in his works. He did not only create some of the finest poetries of his time but ensure that he gave poetry another place of importance in human existence.