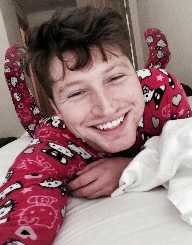 Scotty Sire is almost hitting over a million subscribers on YouTube and other social media channels. He is a creator and uploader of comedic videos. He rose to fame when he started to use a six-second video hosting service, Vine. But he didn’t do it all by himself; he partnered with other Viner’s and Voila! He is not giving up soon. He seems to have lots of things in store, all thanks to other Vine Stars like Darius Benson who lends a helping hand. Not to mention Sire’s mother has also played a significant role by appearing in some of his Vine videos. In spite of his social media fame, Sire is also an avid actor who has starred in films like The Pizza Guy and Summer Forever.

Scotty Sire seems to have an active life that involves him to venture into lots of activities. But if exhaustion takes his day, he will see as if something has come to block his luck. To avoid all the negative thoughts and anger, he will have to seize every opportunity that comes his way. This is what made him embrace technology and not the outside world. Social life acts as his solace and problem solver. Do you know why he likes to share funny videos? He possesses a wholesome nature hence drawing more attention. It is quite hard for Sire to hide his inner emotions that is why he likes to have his privacy. This gives him a chance to sit and think for long hours and later come up with an original plan. At his best, Scotty is genuine, focused and most of all responsible. But watch out when in his presence, you’ll never know his next move. He is an expert when it comes to making pranks.

On April 1, 1992, Scotty Sire was born in California, the United States to American parents. To date, Sire loves to spend some time with his younger sibling, Davey. During his teenage life, Sire started to work at his father’s construction company. Eventually, he landed another job as a bartender. It was here that he befriended lots of people. But he had a second thought other than working for someone; he wanted to pursue a more different career. In short, Sire wished to have an active life as a social media personality. He wanted to express other people’s humor by using basic things in our day to day lives. In the process, he signed-up for a Vine account where he started to post six-second funny videos. Without further ado, the public embraced his point of views and after few months he had over 100,000 followers. He also took advantage of other social platforms such as Instagram and Facebook. There is little to no information about Scotty’s education and family background.

At 18 years of age, Scotty Sire got his first tattoo, and by 2015 he crossed the mark of over 2million followers. Unconfirmed rumors of being a gay at times surround him. He once lived in Los Angeles with his childhood friend, Gary Rojas. It was confirmed that he had a girlfriend called Kristen McAtee with whom he made several videos with. To date, there is no information whether he is dating, married or he is on the verge of finding a lover. But his biggest dream is to create more and more videos hence keeping his fans at ease and more entertained.