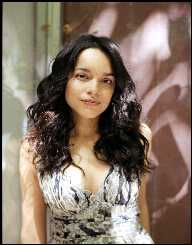 Norah Jones is an American actress, singer, and songwriter born on March 30th, 1979. She is known for her hit song “Don't Know Why." During her school days, she was in her school band playing the alto saxophone. The talented singer has sold more than 50 million records globally. She has also received many awards throughout her career. Among those awards are a total of 9 Grammy Awards.

Norah Jones was born on March 30th, 1979. Her place of birth was in New York City in the United States. She is the daughter of Sue Jones, an American concert producer and Ravi Shankar, an Indian sitar maestro. Since 1986, her mother raised her on her own in Grapevine, Texas after she separated with her husband. Later in 2012, he father passed on.

Norah Jones’s interest in music began when she was still quite young. As a child, she used to sing in the church. Furthermore, she even took voice and piano lessons as a child. Norah Jones was 16 when she changed names from Geetali Norah Shankar to Norah Jones. This was of course after receiving the consent from both her parents.

Norah Jones attended Colleyville Middle School followed by Grapevine High School. Later, she was shifted to Dallas where she attended Booker T. Washington High School for the Performing and Visual Arts. She was an active member of the choir during her school years. Also, she played the alto saxophone and took part in the band of the school.

In both 1996 and 1997, Norah Jones emerged the winner of Student Music Awards for Best Jazz Vocalist, the Down Beat. Similarly, in 1996, she also won the Best Original Composition in the competitions.

During summers, Norah Jones used to study at the Interlochen Center for the Arts. She also specialized in jazz piano in the University of North Texas “UNT.” This is where she was acquainted with Jesse Harris with whom they later collaborated.

In 1999, Norah Jones set off for New York and began writing her owns songs. During this time, she sang in local clubs of Greenwich village and waited tables.

In 2002, her first album was released with the title Come Away With Me, produced by Arif Mardin. In 2003, she won a total of five Grammy Awards.  In 2004, she released another successful album Feels Like Home with the single "Sunrise” earning her a Grammy award.

In 2007, Not Too Late further heightened her success in the music industry. Around this time, she also began her acting career. Norah Jones featured in My Blueberry Nights drama film alongside Rachel Weisz, Jude Law, and Natalie Portman.

Her album The Fall was released in 2009. Later in 2012, she released Little Broken Hearts with Burton as her producer. The following year, she released the album Foreverly together with Billie Joe Armstrong

Norah Jones and Lee Alexander, the bassist was in a committed relationship from 2000. However, the two parted ways in 2007. She later had a son in 2014 with an anonymous musician husband. Subsequently, in 2016, they were blessed with their second child. Norah Jones likes her private life to remain private for she is no fan of publicizing her private life outside her profession.