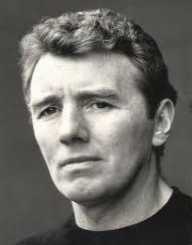 James Boyle, famously referred to as Jimmy Boyle was born on 17th May 1944. Jimmy is an ex-convict. He got a life-imprisonment sentence for murdering Babs Rooney. He maintained his innocence through the process of his conviction. In jail, he decided to turn his life around and decided to explore his artistic side. Boyle is a prosperous sculpture artist with several books in his published books.

James aka Jimmy was born on May 1994 in Gorbals, Glasgow, Scotland to the Boyles family. During his childhood, his father passed away, and his mother remained the sole breadwinner for the family. However, his father was a known robber before his death; a trait that may have rubbed off on Jimmy. Also, to provide for the family the mother found herself cleaning for other people from dawn to dusk.

Due to the poor state in which they lived, Jimmy Boyle found himself easily swayed into a life of crime. His first arrest came at the age of 13. The doorway to crime opened up leaning him towards much more violent crimes. That saw him charged with twice but without conviction. He later graduated to debt collecting and was as ruthless as he could be for the money lending thugs.

Jimmy Boyle got charged for murdering Babs Rooney in the year 1967. This only confirmed the suspicion of his reputation for being a violent individual. During his trial, Jimmy always maintained his innocence. Jimmy confessed to having injured the guy but said it was not his action that resulted in the murder. He however also refused to name the person responsible.

The court did not take to his defence well and gave him the maximum sentence of life imprisonment with a possibility of parole. During his stay at the correctional facility, Boyle had continuous clashes with the authorities. This led to him spending most of his time in solitary confinement. The prison life got to him, and in 1973, he chose to contribute to the Barlinnie Prison Special Units rehabilitation program.

This program offered a chance to help ease communication between the prison staff and inmates. Jimmy Boyle found himself drawn to arts and used the time to awaken his hidden talents to mold and sculpture. The publication of his autobiography, Sense of Freedom (1977) happened while he was still in prison. In addition to that, he also wrote a play, The Hard Man with Tom McGrath.

The year 1982 saw to Jimmy Boyle's release from prison after 15 years. Outside the prison, he turned his back to the life of crime and took up business. Scotland recognizes Jimmy as one of her famous reformed thugs of all time. Through his experience, he also takes time to work with at-risk youth to help them focus their lives positively.

Boyle has taken up the sculpture business and has done quite well for himself. He has managed to attain international recognition for his work. The publication of his other novel Hero of the Underworld came in 1999. Some of his unpublished works include A Stolen Smile which drew the attention of Disney in 2003. His autobiography A Sense of Freedom got adopted into a film. Jimmy Boyles’ part was acted by David Hayman in the movie.

After the prison life, Jimmy Boyle met a psychiatrist Sarah Trevelyan. They fell in love and got married in 1980. Their union is blessed with two children in addition to Boyles’ other two children from his previous marriage. A drug dealer murdered Jimmy’s son in a drug deal gone wrong in 1994.
Boyle later married another wife, an actress named Kate Fenwick. Moreover, his family lived with him in Edinburgh for a while. They decided to move to the French Riviera and then settled down in Morocco. In Morocco, he continued to write and harness his craft and art.