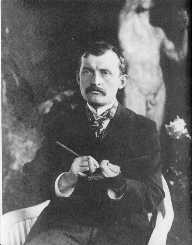 Edvard Munch was a Norwegian painter who was known to be a pioneer in expressionist movement in the modern painting. He is known for developing his style of free-flowing. He built the principle of his painting in the late 19th century. He ensured that his painting was unique and distinguishable from others. Edvard Munch was profound of psychological themes. He often ensures that he draws inspiration from his works from illness, depression and probably death. He also based his passing on all the tragedy and losses he had while he was small.

Edvard Munch grew up in a stimulating family, and his early unhappy memories haunted him till he died. He enrolled initially at a technical college to study engineering before enrolling at the Royal School of Art and Design. There, he was discovered to be highly talented by pouring much of his pain into paintings. The intense the painting, the deep the underlying psychological themes to him. He was much respected all over the world for his great and immeasurable contributions to the Expressionist movement.

His childhood was not too rosy as it is filled with numerous troubles, losses, and problems. Edvard Munch was tormented and thwarted in his early life with a great problem. He was born on December 12, 1863, to Christian Munch who was a doctor and a medical officer and Laura Catherine. His father was highly religious while his mother was twenty years younger than his father. He had four siblings – one elder sister and three younger ones.

Edvard Munch enrolled in 1879 in a technical college to study engineering. However, he did not wish to study engineering despite being excellent in Physic, Mathematics, and Chemistry. He quitted his studies and went ahead to become a great painter. He enrolled at the Royal School of Art and Design of Christiania in 1881 to train as a painter. He received training from one of the greatest sculptor, Julius Middelthun, and the naturalist painter Christian Krohg.

However, Edvard Munch suffered a great loss when his mother kicked the bucket as a result of tuberculosis in 1868. He was just five years when his mother died. He and his siblings were raised by his father as well as aunt Karen. His father later got ill and remained on the sickbay through the winter. His father is known to have taught him literature as well as told him great ghost stories.

Later, tragedy struck, his elder sister died from tuberculosis. This death added to his sadness and grief. He suffered nightmares and developed a fear of death. He was mentally disturbed thinking he could die very soon. Edvard Munch lived in poverty with his family as a result of his father’s earnings. At that period, his only way out from depression was drawing. He started drawing at age 13 after being impressed by a landscape.

At the early years of his career, Edvard Munch experienced different forms of painting style. He dabbled in impressionism, naturalism and even painted several nudes and portraits. In 1886, he completed The Sick Child, a symbolic painting of his emotions at the time of his sister’s death. In 1889, he had the opportunity of traveling to France. He lived there and worked on a series of paintings called Frieze of Life. These paintings encompassed the 22 works for a Berlin exhibition. The collection of paintings like Anxiety, Melancholy, Jealousy, Despair and The Scream were known as his greatest successful paintings. He got himself established as a famous artist.

He later grew famous and improved financially. Due to his mental stress, he became alcoholic, and his mental problems became very severe. He had issues as a result of this in his career. In the 1900s he became hallucinated as a result of his drinking problems. Edvard Munch, however, underwent therapy for some months more and recovered. He later established himself and had his career regained. He moved to his country house in Norway where he lived in solitude. He continued painting until dead and painted much about his physical ailments in his later works.

Edvard Munch could not have peace and happiness as a result of his unhappy childhood. He later developed a drinking habit which made him more anxious. He had an intimate relationship with Tulla who want to marry him. However, he chose to remain unmarried due to his mental issue. He spent most of his later life in solitude. He died at the age of 80 on 23rd of January, 1944 at his country house at Ekely near Oslo in Norway.