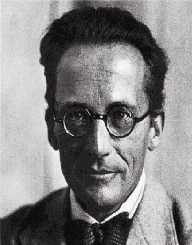 Clinton Joseph Davisson was born on October 22nd in 1881. He was famous for being a Nobel Prize physicist winner in 1937. He had been bestowed with this award for discovering electron diffraction using the Davisson-Germer experiment. Another individual that shared the same award during this time was George Paget Thomson. He had also discovered electron diffraction at the same time that Davisson was making his discovery.

Clinton Davisson was born on October 22nd, 1881. His place of birth was in Bloomington, Illinois. He was the son of Joseph Davisson and Mary Calvert Davisson. His sister’s name was called Carrie. His father served in the Union Army. For his early education, Davisson enrolled at Bloomington High School after which he graduated in 1902. Owing to his adeptness in learning, he was offered a scholarship at the University of Chicago. In 1905, Robert A. Millikan recommended Davisson to work as a physics instructor for the Princeton University. Three years later, in 1908, he managed to complete his master’s degree from the University of Chicago. This was followed by his Ph.D. in the field of physics in 1911.

Davisson’s career revolved around what he loved most; physics. He got his first appointment to work as an assistant professor. This was at the Carnegie Institute of Technology. However, he left the institution to focus on different war-related research. He did this research under Western Electric Company in the engineering department. With time, when the war came to an end, he was offered a permanent job position at the company with clear assurances that he could engage in extensive research as he wished.

Later, Clinton Davisson went to work with Bell Labs. He was working alongside his partner Lester Germer. In 1927, both individuals performed a certain experiment that revealed that electrons could be diffracted at nickel’s crystal surface. This experiment earned them high acclaim, and it was later dubbed as a Davisson-Germer experiment.

At the time when Clinton Davisson was teaching at Princeton University, he crossed paths with Charlotte Sara Richardson. The two fell in love with each other and got married in 1911. The pair welcomed four children into their relationship.

Due to Clinton Davisson's contribution in the field of physics, an impact crater found on the moon was so-called after his name, Davisson in 1970. This was a recognition by the International Astronomical Union.