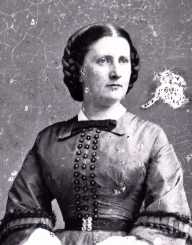 Abigail Fillmore was born on March 13th, in 1798. She was born in Stillwater, New York. She is famous for being the wife of Millard Fillmore who was the 13th president of the United States of America. Her marriage to the president made her the first lady in the period from 1850 to 1853. Surprisingly, Abigail began teaching while she was still young. At the age of 16 years, she was teaching and among her students was Millard Fillmore. Later on, the two tied the knot in early 1826. With time, as Millard was rising in his political career, Abigail’s health was quickly worsening. After taking office, Abigail and the rest of the family moved to the highly coveted white house where she passed away at the age of 55.

One of America’s First Ladies, Abigail Fillmore was born on March 13th, 1798. She was the daughter of a Baptist minister called Reverend Lemuel Powers. Her mother was called Abigail Newland-Powers. Abigail was brought up in Moravia, New York. She was the youngest daughter in a family of 7 children. When Abigail was still a child, her father passed on leaving the large family to be catered for by their brave mother, Newland-Powers. Her passion for reading was nurtured by her mother. She did this with the help of the books that her late husband left behind. The habit of reading paved the way for a learning curve that would later change the life of Abigail Fillmore.

With the skills that Abigail Fillmore had quickly acquired, she managed to land a job at the New Hope Academy. One of her students was Millard Fillmore who was 19 years old by then. He was the oldest student in the class. The two clicked instantly as though fate had brought them together. They loved learning in as much as they also loved themselves. They fell head over heels for each other. Nonetheless, the two lovebirds could not declare their love for each other until Fillmore completed his studies.

The school was over, and on February 5th, in 1826, Abigail Fillmore and Millard got married. At the time of their marriage, Abigail was 27 years old while Millard was 26. The couple later went to settle in East Aurora, New York. Abigail interest in education and her teaching career did not end there. She kept on teaching until she gave birth to their first born child named Millard Powers Fillmore.

Soon, Abigail Fillmore was famous for being the wife of a renowned politician. Her husband was a Congressman, and as a result, she could not hide from the public eye. As a wife of a congressman, she still maintained her reading spirit as she spent most of the time reading books from their family library. In 1849, Millard Fillmore was made vice president hence making Abigail the Second Lady of the state.

During the inauguration of the new president, Abigail Fillmore developed pneumonia. It only took a few weeks before she passed away on March 30th, in 1853. She died at the age of 55.