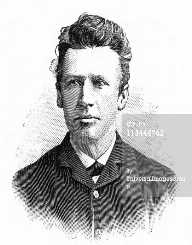 Harold Urey was born on April 29, 1893, in Walkerton, Indiana, United States. His parents were Cora (Reinoehl) and Samuel Urey. He also had two young siblings. Sadly, his father died while he was a young child, so he was primarily raised by his mother for most of his adolescence.

As a child, Harold Urey attended an Amish grade school, which he attended until he was old enough to go to high school. He did not attend an Amish high school, but instead attended a normal school in Indiana. After graduating from high school, he attended Earlham College for a short time to earn his teaching certificate. He later enrolled in the University of Montana. There, he earned a bachelor’s degree in zoology.

After earning his bachelor’s degree, he has a short stint working alongside the military in World War I. Afterwards; he returned to college, both as a teacher and a student. He taught chemistry at the University of Montana, but this time he attended the University of California, Berkeley. There, he earned his Ph.D., not in zoology, but instead in the study of thermodynamics, a physics subsect subject. He officially graduated in 1923.

After graduating, his continued his education but did not pursue further degrees. He joined a fellowship with the American-Scandinavian Foundation, where he studied at the Niels Bohr Institute. Later, he took on another fellowship at the John Hopkins University, where he was to conduct scientific research.

In 1929, Harold Urey took on a teaching position at the Columbia University, where he worked as an associate professor of chemistry. While teaching at the university, he also worked on researching, as many college professors do.

In the 1930’s, the revolutionary idea of isotopes was developed. This idea stated that isotopes were elements that had more or fewer neutrons in them than usual. It is now known that this theory is true, and isotopes are a common thing that many science classes teach about. Since this idea was so new, not much research on it had been done. Urey was highly interested in this idea, so he decided to look into it. He was focused on finding the isotopes of one element in particular: hydrogen. Harold Urey worked with many other scientists (namely Murphy and Brickwedde) experimented, trying to discover all of the possible isotopes of hydrogen. In 1932, the group published a paper, explaining that they had discovered a new isotope of hydrogen, which they called deuterium, also known as heavy hydrogen.

After Urey’s discovery, Harold Urey was promoted to a professor, instead of just being an associate professor. While at the university, he continued his research on isotopes. This time, he not only focused on hydrogen, but also on other elements, like oxygen, nitrogen, and carbon. By the end of the 1930’s, he was known as one of the leading experts of isotopes and isotope separation.

In 1940, Harold Urey began working as the Director of War Research at Columbia University. During World War II, he was one of the thousands of scientists who contributed to the Manhattan Project as well. During this time, he also studied the isotopes of the radioactive element, uranium. This research would later go on to help fuel parts of the Manhattan Project. He worked on this until 1945.

After World War II, Harold Urey went on to teach at the Institute for Nuclear Studied at the University of Chicago. There, he mostly taught chemistry.

Harold Urey published his first book, Atoms, Quanta, and Molecules, in 1930 while he was working at Columbia University. This book was penned with another scientist, Arthur Ruark.

In 1932, Harold Urey helped to found the Journal of Chemical Physics. He worked as the editor of the paper since its beginning until 1940. The journal continued to be produced without him as editor, though.

During his career, Harold Urey won several awards for his work in chemistry, mostly for his work with isotopes. Some of his most prestigious awards are listed below.

Medal of Merit for the Manhattan Project (1946)

Harold Urey married Frieda Daum in 1926. The couple had four children together: Gertrude, Frieda, John, and Mary. The couple was married until Urey’s death.