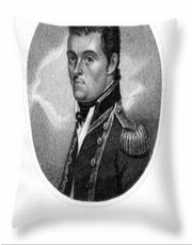 Matthew Flinders was born on March 16th, 1774 in Donington, England. He was an English navigator famous for being one of the sailors that discovered Australian continent. Flinders began his explorer career when he was only 15 years old. During his time as a sailor, he was also the commander of several vessels including HMS Reliance, HMS Investigator and many more. His worsening health contributed to his early death in 1814. He did not breathe to see the publication of his highly acclaimed book called A Voyage to Terra Australis.

Matthew Flinders was born on March 16th, in 1774. He was the son of Mathew and Susannah Flinders. His father, Mathew was a professional surgeon. Sources claim that Flinders was motivated to tour the sea after reading Robinson Crusoe. In 1789, he teamed up with Royal Navy to pursue his early interests as a navigator. He was only 15 years old at this time. The first vessel that he sailed with was the HMS Alert after which he shifted and sailed with HMS Scipio. In mid-1790, while working under Captain Pasley, Flinders rose higher in the ranks to become a midshipman on the vessel HMS Bellerophon.

With time, Matthew Flinders gained himself the recognition of being an excellent navigator. This occurred at a time when he sailed with HMS Reliance. On board, he crossed paths with Captain John Hunter, who was a newly appointed governor at that juncture. He also befriended George Bass who would later travel with him in future.

Ultimately, Flinders earned himself the position of a lieutenant. In 1798, he was commanding the Norfolk vessel. He went on a voyage with the vessel with the commands to sail across Furneaux’s Islands. During this trip, Flinders and his friends discovered the largest islands which were given the name Bass Strait, honoring his close friend. Later on, the name of the island was changed to Flinders Island.

In 1799, Matthew Flinders was given another opportunity to sail with the Norfolk. At this time, he toured the Moreton Bay. The following year, he changed vessels and sailed with Reliance on his journey to England.

Flinders’ important navigation skills caught the attention of influential personalities back in the day. One of them was Sir Joseph Banks. He was later given the opportunity to command the vessel Investigator. The main purpose of their voyage was to tour and explore Holland’s coastline. While embarking on this voyage, Flinders discovered the Australian stretch which was on the southern coast.

Matthew Flinders arrived in Sydney in 1803, and later travelled with as a passenger on HMS Porpoise. This was on his trip to his homeland, England. Tragedy struck them while sailing home and it is through Flinders’ experience that lives of many people were saved in the process.

Matthew Flinders was later arrested at the French coast while heading to England in another vessel called Cumberland. He was jailed for a few years before his release. This delayed his arrival in England to 1810. He thought of coming up with an atlas that described his voyage experiences. This work was later named A Voyage to Terra Australis.

In 1801, Mathew Flinders wedded Ann Chappelle who was a close friend of his. Together, they had a daughter named Anne.

Matthew Flinders passed away at the age of 40 on July 19th in 1814. This was only a day after his atlas book- A Voyage to Terra Australis had been published.