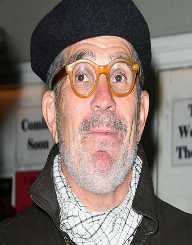 David Mamet is an award-winning American filmmaker and author. Born on November 30, 1947, he came to fame with his 1976 off-Broadway plays, The Duck Variation, Sexual Perversity in Chicago and American Buffalo.

Mamet won the Pulitzer Prize for the play Glengarry Glen Ross, 1984 and Speed-the-Plow in 1988, for which he also received nominations for Tony Awards. Aside from outstanding theatrical works, Mamet has written and directed numerous feature films including, House of Games, 1987, The Spanish Prisoner, 1997 and Redbelt in 2008.

His screenwriting works include The Postman Always Ring Twice, 1981, The Untouchable, 1987, and Hannibal in 2001. Mamet is the author of books like The Old Religion, 1997, Five Cities of Refuge: Weekly Reflections on Genesis, Exodus, Leviticus, Numbers, and Deuteronomy (2004), The Wicked Son, 2006 and The Secret Knowledge: On the Dismantling of American Culture (2011), among several others.

David Mamet was born on November 30, 1947, in Chicago to Bernard Morris Mamet and Lenore June. His father was a labor attorney and his mother a teacher.

He received education from Francis W. Parker School and continued at Goddard College in Plainfield, Vermont. He started writing plays, while there, graduating with a BA in 1969. Mamet picked up several jobs during this time including, factory jobs, taxi driver editor for Out magazine.

He later moved to the north side neighborhood of Chicago, where he met theatre director Robert Sickinger. He since occasionally worked at Sickinger's Hull House Theatre leading to his future lifelong career in theatre.

David Mamet took a keen interest in theatrical productions coming out with Duck Variations in 1972. The following year, he co-founded the production company, Atlantic Theatre Company.

He came to limelight with the production of the off-Broadway plays, The Duck Variations, Sexual Perversity in Chicago and American Buffalo all in 1976. In 1984, he produced the Broadway play Glengarry Glen Ross, for which he received the Pulitzer Prize. In 2009, he came out with Race, featuring Kerry Washington, James Spader, Richard Thomas, and David Alan Grier.

The Anarchist, which opened on Broadway on November 2012 starred Debra Winger and Patti LuPone. Mamet’s most recent play The Penitent previewed off-Broadway in February 2017.

David Mamet started his film career with screenwriting before going into directing. He wrote the screenplay for The Postman Always Rings Twice, 1981 based on a novel by James M. Cain. He wrote the original script for The Verdict, 1981, for which he received an Academy Award nomination.

David Mamet has married twice, first to actress Lindsay Crouse in 1977. The coupled had two children, Willa and Zosia and divorced in 1990. He then married actress and singer, Rebecca Pidgeon in 1991 and had two children, Clara and Noah.

David Mamet was inducted into the American Theatre Hall of Fame in 2002. In 2010, he received the PEN/Laura Pels International Foundation for Theatre Award for Grand Master of American Theatre.