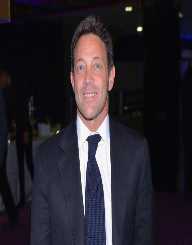 Jordan Ross Belfort was born on July 9th, in 1962. His place of birth was in Queens, New York. He is an American author, public speaker, and a previous stockbroker. While Belfort was still young, his talents as a salesman were evident as he worked with one of the seafood and meat business company at that time. Later on, after the company closed business, he ventured into the stock market in 1987. Soon, he was operating Stratton Oakmont, his own stock market business. The company made millions out of the fraudulent activities it engaged in with its investors. A few years later, Securities Exchange Commission came in to rescue innocent investors by stopping the company’s operations in 1992.

Seven years later, Belfort pleaded guilty to fraud and money laundering activities. In 2003, he got his 4-year sentence in prison out of which he only served for one year and ten months. In 2008, he published his biography named The Wolf of Wall Street which was followed closely by Catching the Wolf of Wall Street year later.

Jordan Belfort was born in 1962 in Queens, New York. His parents were Max Belfort and Leah Belfort. Both Max and Leah were professional accountants. After Belfort completed his high school education, he enrolled at University of Maryland School of Dentistry but did not manage to complete the course that he had started. However, he did graduate after studying biology at the American University.

During the early part of his career, Jordan Belfort in his memoirs argues that business was booming. In this period, he worked as a meat and seafood salesman in New York. His business venture grew, and he went on to employ other people to work for him. Ultimately, this business failed. It is after his failure in business that one of their family friends helped him land an internship job at L.F. Rothschild. He began as a stockbroker trainee at this organization. In 1987, the organization was financially troubled after Black Monday stock market issues affected it. Belfort was laid off his duties.

'The Wolf Of Wall Street'

With some experience in the stock market, Jordan Belfort paired with Danny Porush and began defrauding investors with “Pump and Dump”- this was a type of stock sales. Belfort’s lifestyle soon changed as he adopted a lavish way of living. He also engaged in drugs particularly the use of methaqualone. This had a large influence on his drug addiction which caused several twisted occurrences during his addition period. For instance, he crashed into his helicopter and sank his yacht while high on drugs. His relationship was also affected by his drug addiction as he separated with his wife.

His reckless behavior was also felt at work as Belfort encouraged employees to indulge in drugs and sex at his Stratton Oakmont company. The company relied mostly on their hard-sell tactics which eventually paid off over the short term. However, trouble was just around the corner as U.S. Securities and Exchange Commission began their investigations into the company’s fraudulent activities.

Stratton Oakmont was accused of defrauding investors and manipulating stock prices in the stock market. As a result, the company was under investigation by the SEC in 1992. In two years’ time, Jordan Belfort the founder of Stratton Oakmont was out of business. Initially, his stock broking company had agreed with SEC that it would never operate in the securities industry. Also, there were several fines that the organization faced.

Legal battles were not over. Later on, Belfort was asked to refund $110 million to the stockbrokers he had swindled before being sentenced to 4 years in jail. While in prison, his interest in writing developed and that he was motivated by Tommy Chong, a comedian, to focus his writing on his experiences.

Belfort’s first wife was called Denise Lombardo. They separated at a time when he lived lavishly shortly after establishing Stratton Oakmont. After the failure of his first marriage, he tied the knot with a British model named Nadine Caridi. The couple had two children together.