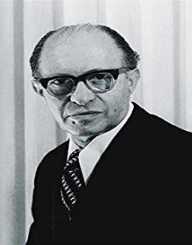 Menachem Begin was born on August 16, 1913. He was an Israeli politician and Sixth Prime Minister of Israel. He was also the winner of a Nobel Peace Prize. He studied law, and he was among the highly educated people in Israel. As a lawyer, he defended the Jews and condemned the persecution of the Jews because of their faith. He suffered persecution from the hands of Nazi Germany, but he never gave up on his cause. His passion in his lifetime was to come up with a free Jewish state of Israel. He died on March 9, 1992.

Menachem Begin was born on August 16, 1913, in Brest (presently known as Brest-Litovsk), then part of the Russian Empire (currently Belarus). He was born to Zee Dov and Hassia Biegun. He was brought up alongside two siblings, and he was the youngest of the three children. Begin was taught Cheder for a whole year. He later attended Tackkemoni School which was associated with the religious Zionist Movement.

At 14, Menachem Begin was sent to a Polish Government School where he received an excellent education in classical literature. He later joined the University of Warsaw where he studied law. As a student, he formed a defense group of Jewish Students to counter any form of harassment and discrimination by anti-Semites on campus. In 1935, he graduated from university but never practiced law.

In 1928, Menachem Begin joined the ‘Polish Zionist Betar Youth Group,’ and in 1938 after he had graduated from University, he was named the leader of the organization. The Nazi then began their occupation of parts of Europe, and the Jews escaped for safety. Begin’s parents and brother were captured by the Nazi in 1940, and they died while in their custody. In 1940, he escaped the Nazis, but he was captured by the Soviets later on. He was sent to a Siberian work camp, but he was released a year later.

In 1941, Menachem Begin joined a Polish exile group which traveled to Palestine which at that time was being ruled by the British. There the group continued to work on plans on how they were going to establish an independent Jewish State. From 1942, Begin, and his group started raids and terrorist attacks on Palestinians and the British who ruled Palestine. In 1943, he was made the commander of the ‘Irgun Zvai Leumi’ party. In 1948, when Israel became independent, he led the ‘Freedom’ party which gradually gained popularity in Israel.

In 1956, Menachem Begin joined the National Unity Party whose aim was to form a unified political focus for purposes of Israel’s security. In 1977, he was elected the Prime Minister of Israel. As Prime Minister, he offered peace and friendship to Egypt, Jordan, and Syria. He agreed to meet with the leaders from the country to come up with a solution to end the Jewish and Arab bloodshed. Negotiations for peace led to the culmination of the Camp David Accord in 1978 which was facilitated by United States President Jimmy Carter. The Accord ended the war between Israel and Egypt, the return of the Sinai to the Egyptians and an open relationship was created between the countries.

In 1978, Menachem Begin and Anwar Sadat received the Nobel Peace Prize jointly. In 1981, Begin ordered military response on the Palestinian Liberation Organization which was operating in Lebanon. The military response was adequate for some time. He resigned from the office of the Prime Minister in 1983.

In 1978, Menachem Begin received the Nobel Peace Prize jointly with Anwar Sadat for their achievement of peace between Israel and Egypt.

Menachem Begin married his wife Aliza who died in 1982. Her death devastated Begin, and so he retired from his office as Prime Minister and returned to live in an apartment. He only left the apartment to go and visit his wife’s grave. The couple had three children, a son, and two daughters. They were survived by their children and nine grandchildren. He died on March 9, 1992.