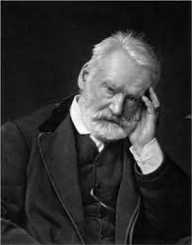 Giuseppe Ungeratti was born on February 8, 1888, in Alexandria, Egypt. His family was from the Tuscan city of Lucca. In 1905, he completed his study in Alexandria’s school where he learnt about Parnassianism and Symbolist Poetry. He was also acquainted with the classicists’ work. He also worked as a journalist and a literary critic. In 1912, he studied at the Collége de France and the Sorbonne in Paris. He was then influenced by surrealists such as Guillaume Apollinaire, futurists such as Umberto Boccioni, Ardengo Soffici, and Giovanni Papini.

In 1915, Giuseppe Ungeratti enrolled in the infantry. He was posted at the Northern Italian theatre during World War I. In 1917, he published ‘il porto sepolto’ his first poetry volume. In 1918, he returned to Paris. He worked as a reporter for the ‘il Popolo d’italia’ Benito Mussolini’s paper. In 1919, he published ‘La Guerre’ a French poetry volume denoting ‘The War’.

Giuseppe Ungeratti was associated with the Dadaists such as Tristan Tzara and Enrico Prampolini. In 1919, he published a poetry volume,’ Aggegria di naufragi’ denoting ‘Gay shipwrecks.’ In 1921, he attended the Dadaist mock trial of Maurice Barré which in turn showed a sign of division of Dadaist Movement. In 1921, he was a Foreign Ministry employee in Rome. In 1925, he signed the pro-fascist ‘Manifesto of the Italian writers’ thus joining the National Fascist Party.

In 1931, Giuseppe Ungeratti was a ‘Gazzetta del Popolo’ foreign correspondent. He introduced an Ermetismo/Hermeticism writing style. In 1933, he published a collection of poems known as ‘Sentimento del tempo’ denoted ‘The Feeling of Time.’ In 1936, he moved to São Paulo. He taught at the São Paulo University. In 1942, he was a professor of modern literature at the University of Rome. In 1947, he came up with ‘il dolore’ denoting ‘Grief’ which he composed to mourn the death of his son. In 1950, he wrote a poetry volume ‘La Terra promessa’ denoting ‘The Promised Land’.

Giuseppe Ungeratti was then expelled from the University due to his Fascist past. He returned to the University after colleagues supported him of his return. In 1957, he retired from teaching at the University of Rome. In 1960, he wrote ‘ill taccuino del Vecchio’ denoting ‘An old man’s Notebook.’ In 1967, he wrote ‘Morte Delle stagioni’ denoting ‘Death of the season.’

In 1970, Giuseppe Ungeratti got a Neustadt international prize for literature by the University of Oklahoma

In 1920, Giuseppe Ungeratti married Jeanne Dupoix with whom they had two children. In 1939, his son died. In 1958, his wife died. He died on June 2, 1970, of bronchopneumonia in Milan. He was buried in Campo Verano in Rome. He died at the age of eighty-two.