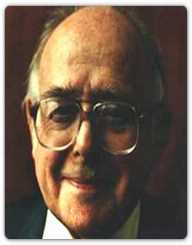 Clifford Shull was christened Clifford Glenwood Shull at birth. He was born on the 23rd day of September 1915 in the American city of Pittsburgh in the state of Pennsylvania. Shull was named Glenwood after the locality where he was born in the state of Pennsylvania. His parents were Daisy and David Shull, who migrated to the Glenwood area from the Central Pennsylvanian Perry County. His father operated a small business in this area, which in no time became a home appliances repair center and hardware store.

Evalyn and Perry were Clifford Shull's two other siblings, and they all had a happy childhood growing up. He started school within his home precincts, and by the time he was in junior school, it was located within walking distance from home. He only had to journey a bit when he was in his senior years as he had to attend Schenley High, which was some distance away.

An Inspiration In Physics

As Clifford Shull made his way through High School, he was keen on aeronautical engineering but his Physics tutor sparked his interest in Physics. When he graduated from high school, he enrolled at the Carnegie Mellon University, which was then known as Carnegie Institute of Technology. His major was Physics and this was in the year 1933. Since the school was close to his home, commuting was an easy option, and this was cost-saving for him. As he posted good results in school, he was granted a scholarship that covered half of his tuition.Shull's interest in Physics was boosted as he studied under the tutelage of his Head of Department and this was remarkable.

Clifford Shull left upon graduation in the year 1937 to pick up a research post at the New York University. This was also a teaching position, and he became a part of the nuclear physics group headed by Robert Huntoon and Frank Myers. The group was working on a Cockcroft-Walton generator of 200KeV capacity at this time. The intent was to use it to generate deuterons. Clifford Shull got immersed in the spate of routines and in no time, he worked on beams of electrons with the intent to have them accelerated for experiments. This became the target of his Ph.D. effort which he completed in 1941.

Shull was exploring the prospects of deploying neutrons in the unlocking of the atomic nucleus. This idea was not particularly novel as it has been bandied in the 1930s by an early wave of researchers after the discovery by Chadwick of neutrons. The secrets to unlock with the application of slow-moving thermal neutrons only fitted for nuclear reactors. Clifford Shull's efforts in this regard continued when he teamed up with Richard Cox and Frank Myers in developing the Van de Graaf 400KeV generator. The intent, here again, was to expedite the double-scattering experiment of electrons or the EDS. This was deployed by Shull for his data gathering for research purposes.

Clifford Shull's working life included the 1941 stint at the Texas Company Research Laboratories. The company was into lubricants and other high-performance range of fuels for aviation purposes. The impact of the company affected the American efforts during the WW2 positively. Shull was keen to become a part of the Atomic Bomb research project in Manhattan but ended up with the Texas Company for the rest of the WW2 years.

His move to Oak Ridge was only possible after the end of the war, and this was where he found Ernest Wollan. Ernest was a foundation staff at the nascent laboratory and was already into neutron research efforts. Shull began a new life at MIT in 1955, and he led a remarkably productive research life there.

The use of nuclear reactors for neutron scattering was the butt of Shull’s work in 1946. This is documented with the Oak Ridge, Tennessee –based American Atomic Energy Commission laboratory. The range of research led to the discovery that under analysis, neutrons when bouncing off materials uncovered a mix of atoms using various materials.
This led to the unveiling of hydrogen atoms and their positioning within magnetic fields that surround experimented atoms. This groundbreaking work led to his Nobel Prize which he shared with Bertram Brockhouse.

The work of Bertram was independent of Shull but led to the same outcomes that Shull had. Shull provided the clue as to what atoms are while Bertram uncovered what atoms do.

When Clifford Shull is remembered, it is not without reference to the modern-day evolution of the ceramic superconductors of hi-tech grounding. Shull's neutron –scattering work was highly complementary to this innovation.
The spin-off of his research includes the unveiling of the very structure of a virus so that medical treatment efforts can be highly-innovated. The early range of materials used in Shull’s research involved the table salt and other simple compounds. Unveiling how metals become magnetized also was a spin-off of Shull’s efforts as his neutron diffraction experiments were already used to isolate the properties of a range of metals.

At the end of this pioneering efforts, a range of magnetic materials was discovered that made video, audio and other computer components more efficient. The array of condensed matter available in the U.S France and Great Britain in the present day can all be traced to the research efforts that built on Shull’s findings.