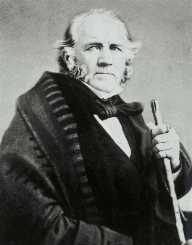 Sam Houston was born on March 2, 1793, in the United States of America. He was born to Samuel Houston and Elizabeth Paxton. He was brought up alongside eight siblings. In 1807, he alongside his family members went to eastern Tennessee after the demise of his father. He later worked at his older brother’s store as a shop clerk. In 1809, he ran away from home. He then went and lived with the Cherokee tribe. He lived with an adoptive father. He learnt their ways and their language.

In 1812, Sam Houston later engaged as a soldier in fighting the British from the 39th Infantry Regiment of the same year. He was thereafter appointed the third lieutenant. In 1814, he fought at the Battle of Horseshoe Bend. Sam was then elected as the Cherokee’s Indian agent. In 1818, he resigned from the post due to differences with the Secretary of War. Houston afterwards joined Judge James Trimble’s office to study law and passed his bar exams. In the same year, he became the Nashville’s Local prosecutor. In 1822, he was elected to the United States House of Representatives where he was representing Tennessee.

In 1823, Sam Houston became a congressman. In 1830, he went to Washington, DC. He later exposed the government agent’s frauds against the Cherokee. He then went to Texas. In 1835, Sam was appointed as Texas’ Army Major General. In 1836, he served as the commander-in-chief in the same year convention to declare Texan Independence. He later in the same year signed the Texas Declaration of Independence. In 1836, he was elected the president of the Republic of Texas. In 1841, he was re-elected as the president of the Republic of Texas. In 1845, Houston was elected to the United States Senate.

In 1829, Sam Houston married his first wife Eliza Allen and separated. He then married Tiana Rogers with whom he had one child. They later broke up. In 1840, he married Margaret Moffette Lea, and they had eight children. He died on July 26, 1863, of pneumonia. He died at seventy years of Age.