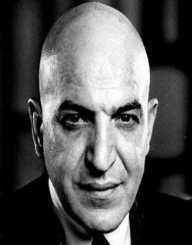 Telly Savalas was an American television actor and singer. His career spanned over forty years. The most memorable character is the role he played as KOJAK.

Telly Savalas was born on January 21, 1922, in New York. He was named Aristotelis Savalas by his Greek American parents. His father, Nick Savalas operated a restaurant. His mother, Christina, was an amateur artist. Savalas was the second born in a family of five children.

He graduated from Sewanhaka High School in 1940. In 1941 he was drafted into the US military. Savalas studied radio and television production at the Armed Forces Institute. After his discharge from the military, he enrolled at Columbia University to study psychology. He graduated in 1948.

Savalas started his journalism work at the Voice of America in the early 1950s. He then moved to ABC News. He then directed and hosted his radio talk show called Telly’s Coffee House.

In 1959, Telly Savalas passed an audition for a cast at CBS Network. His first appearance was on the series Armstrong Circle Theater. He did roles in Matter of Conviction and Birdman of Alcatraz in 1962. Savalas appeared in numerous television and film casts from 1959 to 1970. Some of the television series was Naked City, Eleventh Hour, Fugitive, Bonanza, and The FBI. Savalas shaved his hair in 1965 for the role of Pontius Pilate. This was in the Biblical movie the Greatest Story Ever Told.

He decided to remain bald for his entire life. The role of Pilate gave him an opening for other significant parts. He was implored by Hollywood directors like Clint Eastwood to cast in their productions. He appeared in the television series The Dirty Dozen in 1967. The following year, he did Scalphunters. In 1969, he did a cast in Crooks and Coronets. In 1970, Savalas was with Clint Eastwood in Kelly’s Heroes.

The role of playing Kojak made Telly Savalas the famous screen detective in America. With his bald head and sadist demeanor, Kojak was a tough-talking crime buster. The Kojak cast stared in 1973 to 1978. It aired for five seasons and had 118 episodes. Savalas was co-opted to play Kojak in other film casts.

In total, he played Kojak in nine different productions. These were: The Nelson-Marcus Murders in 1973, Kojak itself which ran for five years, Kojak: The Belarus File, Kojak: The Prince of Justice, Kojak: Ariana, Kojak: Fatal Flow, Kojak: None So Blind, Kojak: It’s Always Something, and Kojak: Flowers for Matty.

Telly Savalas had a brief stint as a singer. He had some renditions of country music. Two of his recorded albums were Telly and Who Loves Ya Baby. These were done in 1974 and 1976 respectively.

Telly Savalas had three marriages in his lifetime. He married his first wife Katherine Nicolaides in 1948. They had a daughter called Christina in 1950. They divorced in 1957. He married the second wife Marilyn Gardner in 1960. The marriage had two daughters, Penelope and Candice. The union ended in 1974. In 1984, He married Julie Hovland. He got two daughters with Julie, and these were Christian and Ariana. They stayed together until his death. Savalas also had an affair with Sally Adams from 1969 to 1978. The relationship produced a son, Nicholas Savalas.

Savalas lost his father in 1948. His brother and fellow actor George died in 1985. His mother Christina died in 1988.

Aristotelis Savalas was diagnosed with cancer of the bladder in 1988. In his late years, he lived at the Sheraton-Universal Hotel in California. On January 22, 1994, he died of cancer complications. It was a day after his 74th birthday.

In his career spanning of over four decades, Savalas appeared in over 60 films and series. He got an Emmy Award in 1974. In 1975 and 1976, he won the Golden Globe Award. The restaurant at Sheraton-Universal hotel was renamed Telly, in his honor.

His influence in the film industry was immense. This was evident in the reproduction of Kojak in several other film casts.