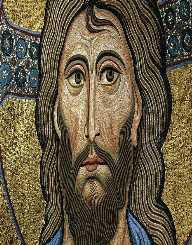 Ayn Rand was a Russian born novelist and philosopher she is best known for her writings on her personal developed philosophy, Objectivism.

Ayn Rand was born in Saint Petersburg on 2 February 1905. Her parents were a middle-class Jewish couple, although they were non-observant. Rand was named Alisa Zinov'yevna Rosenbaum. Her father, Zinovy Rosenbaum, was a pharmacist and he had three daughters with his wife, Anna Borisovna, of which Rand was the eldest. Rand began writing at age eight, her lack of interest in schoolwork led to her writing novels and plays. She was a Republican, at this time Russia was an absolute monarchy under Tsar Nicholas II. She was keenly aware of politics and although only twelve at the time of the February Revolution she favored Alexander Kerensky. Following the October Revolution, Rand’s father’s business was confiscated and the family fled to the Crimea. The family did return to Petrograd but lived in near poverty. Under Bolshevik rule, women could avail of university education.

Rand attended Petrograd State University. She studied history but also encountered the works of philosophers, Socrates, Plato, and Nietzsche. Rand could read Russian, French, and German. Rand graduated in 1924 and went to the State Technicum of Screen Arts in Leningrad. Here she wrote her first published work and chose the name Ayn Rand for her professional name.

Rand acquired a visa to visit America in 1925 and moved to New York. She eventually settled in Hollywood, hoping to become a screenwriter. Rand worked as a junior screenwriter, an extra and head of costume departments during this time. The early 1930s saw Rand make her professional writing breakthrough. She sold the screenplay Red Pawn and Night of January 16thto film studios. Her first published novel We the Living was released in 1936. The novel is set in Soviet Russia and is semi-autobiographical. It explores one of Rand’s key themes, the struggle between the individual and the state. The novel did not sell well in America and was allowed to go out of print. The novel enjoyed greater success in Europe and was made into an Italian film. Rand became politically active in America in the 1940s. She worked as a volunteer for Wendell Wilkie, who was the Republican nominee for the Presidency. During the campaign, Rand would field questions from journalists and voters. She also meant a number of other intellectuals who shared her views on free market capitalism.

Rand had her first commercial success with her 1943 novel The Fountainhead. At first, Rand struggled to find a publisher, but it became a global success and was turned into a movie in 1949. The book granted Rand financial security but she continued writing. She worked on a number of screenplays, including the Oscar-nominated Love Letters. Rand’s next novel, Atlas Shrugged, is considered to be her magnum opus. The book’s plot centers around a strike by America’s leading industrialists and intellectuals. The strike was to show that the rational and productive individuals of the world are it's most important. The book was hugely influential but marked Rand’s last foray into fiction novels.

Rand’s brand of philosophy has been termed objectivism and the movement around it began in her New York apartment. Since the success of The Fountainhead, Rand had developed a following. It started with a group of followers in New York but after Atlas Shrugged an institute was formed which would release periodicals from Rand and at which she would give lectures. She also lectured at a number of American universities. Objectivism is based on the view that humanity’s knowledge and values are grounded in reality and not created by thoughts. The goal of humans should be their own personal happiness. The philosophy is popular with libertarians for its promotion of a laissez-faire free market and a non-interventionist government.

Rand devoted herself to philosophical and political writing and public speaking. She was an outspoken critic of the Vietnam War and abortion restrictions within America. She was also a critic of both homosexuality and the laws that dealt with it. She remained a supporter of Republican Party nominees for the presidency. In 1974, Rand a lifetime long smoker underwent surgery for lung cancer and retired from writing. She was placed on social security and died on 9 October 1982 of heart failure.

Rand upon her success in America attempted to bring her family over from Soviet Russia but they were refused travel visas. She became an American citizen in 1931. While working in Hollywood met Frank O’Connor. O’Connor was an actor and the two married 15 April 1929. In 1951 Rand began an affair with one of her followers, Nathaniel Branden. The affair was open with both Rand’s and Branden’s spouses being aware of it. It was Branden who opened the institute that Rand lectured on objectivism in. Rand ended her relationship with the institute when Branden began an affair with an actress and she also set about sabotaging his reputation. Rand’s husband died on 9 November 1979.

Rand rejected being labelled as a conservative or libertarian during her lifetime but her philosophy has had a noted effect on both. Republican politicians have often cited Rand’s work as being key influences in their lives. Rand has been dismissed both as a philosopher and a novelist by most critics but has sold 29 million books worldwide. The Ayn Rand was founded in 1985 to encourage the study of Rand’s works in schools and colleges. Rand named Leonard Peikoff as the heir to her estate and he founded the Ayn Rand Institute to promote the ideals of Objectivism.

Despite being a beloved figure of the right and in particular the Republican Party, Rand was an avowed atheist and had been since the age of sixteen. Rand’s core philosophy is that it is man who is the hero and the one responsible for its own happiness.