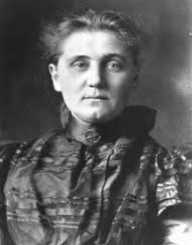 Jane Addams was a foremost American settlement activist, social reformer, public philosopher, and sociologist. Born on September 6, 1860, she was awarded the Nobel Prize in 1931, becoming the first American woman to achieve that feat. Known as the “mother of social work,” she is considered the founder of social work in the US.

In 1889, Addams partnered with Ellen Gates Starr to found the Hull House, one of the first settlement houses to be established in the United States. She became very prominent as a social worker and advocator, becoming a role model for the middle-class women. She was the co-founder of American Civil Liberties Union in 1920.

Jane Addams was born on September 6, 1860, in Cedarville, Illinois as the youngest child of eight by Sarah Addams and John Huy Addams. Her father was a businessman and became the president of The Second National Bank of Freeport.

John later became Illinois State Senator and had a close relationship with President Abraham Lincoln. Her mother died when she was two year, while four of her siblings also died in infancy.

Jane Addams suffered tuberculosis of the spine at age four, becoming prone to illness throughout his life. Her father remarried to Anna Haldeman Addams when she was eight years.

Addams was an avid reader and received education at Rockford Female Seminary (now Rockford University), where she graduated in 1881. After the death of her father, the family moved to Philadelphia, where she enrolled at the Women’s Medical College of Philadelphia for medical studies. However, her health problems became a bane, preventing her from completing her degree.

In one of Jane Addams' trip with her friend Ellen Gates Starr, she visited a unique facility established to help the poor in the famed Toynbee Hall in London, England. The two friends after seeing the settlement house in London sought to create one in Chicago. This led to the opening of the first settlements in the United States and North America; the Hull House.

This made her the first female to attain the post. For her peace activism, she frequently lectured on the subject of peace. She compiled her lectures on the ending of the war in the world in “Newer Ideals of Peace” published in 1907. She chaired the Women’s Peace Party after World War I.

She worked with reform groups in efforts to have compensations for workers, an eight-hour working day for women, and a juvenile-court law.

Jane Addams co-founded Hull House, with Ellen Gates Starr. This establishment became one of the first settlement in the city of Chicago in 1889. There were new buildings and extension of services due to the rate at which the organization was growing. The organization included childcare, educational courses, an art gallery, and a public kitchen, among others.

They rendered services to immigrants and impoverished community in the Chicago area. Before the construction of the University of Illinois’ Chicago campus in 1963, the Hull House and some of the original buildings of the organization were demolished.

This necessitated the relocation of its headquarters to be moved. However, the principal Hull residence was left untouched and has been preserved as a monument honoring Addams.

Jane Addams was a staunch supporter of the Progressive Party. She was part of the Anti-Imperialist League that opposed the U.S. annexing the Philippines in 1898. She also became involved in the Woman’s Peace Party and was elected as national Chairman in 1915.

That same year, she presided over the International Congress of Women in The Hague to find an end to the World War I. With the objective of ending the war, leaders in both neutral and war countries met to deliberate on the need to end the war.

The approach was the first significant international effort against the war. She was elected president of the International Committee of Women for Permanent Peace, which later became the Women’s International League for Peace and Freedom (1919-1929). It was to continue the work of the Hague Congress. Addams' advocate for peace earned her the Nobel Peace Prize in 1931 becoming the first U.S. woman to win the prize.

Growing up was a battle for Jane Addams due to her health problems especially during her youthful days. She is described contemporary as a lesbian who had romantic relationships with women including Ellen Starr with whom she co-founded Hull house and Mary Rozet Smith from whom she got financial support for her works at Hull house. Her health seriously declined after a heart t attack in 1926. She died on May 25, 1935, at age 74 Chicago.