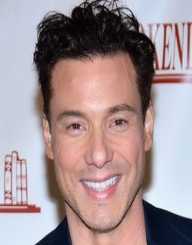 Rocco Dispirito is a celebrity chef born in the U.S. He rose into fame for his cooking show in the NBC, The Melting Pot, and later a reality show The Restaurant.

Rocco Dispirito was born in Queens New York on 19th November 1966. His passion for cooking came from her mother's traditional dishes.

At the age of 16, Dispirito enrolled in Culinary Institute of America and later Jardin de Cygne based in France. He attended Boston University in 1990, where he graduated with a degree in business.

After completing his course, he took a job at Lespinasse restaurant in New York in early 1990. This helped him gain the necessary experience of running a restaurant.

After gaining funds from the previous job, Rocco Dispirito went on to start his restaurant in 1997. His restaurant ran successfully until he departed in 2000 to join T.V.

His show The Melting Pot started running in 2000. Between 2003 and 2004, he starred in The Restaurant, NBC reality show.

In addition to being on radio and television, Dispirito has written and published many cookbooks.

Rocco Dispirito was married to Natalie David who died in the year 2000. His mother later passed away in 2017.

Rocco Dispirito's good looks attracted many viewers. He was once named as the sexiest chef in 2000 by people magazine.

His shows started showing in July 2003. Its immense success saw the show grow up to nine million views during its peak.

The second show started showing 2004. It was this time that the restaurant began having various financial problems during the show.

The final episode saw Dispirito and his mother disagree on how best to run the restaurant. After the end of the last episode, the restaurant was closed down.

Despite abandoning the restaurant business, Rocco Dispirito's celebrity status remained due to his various previous projects. He was the host of a radio station from 2004 to 2005.

Rocco Dispirito was voted as the best upcoming chef by Food and Wine Magazine in 1999. One year later he scooped the award of the Most Exciting Young Chef.

In 2004, he won the award of Best Cookbook, a vote taken by professionals.