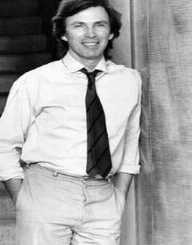 Perry Edwin Ellis was born 3rd March 1940, to Edwin and Winifred Ellis. He was born in Portsmouth, Virginia, in the United States. Ellis was an only child, and he was born into a middle-class family. His father owned his own business, and that enabled the family to live a comfortable life.

Ellis studied at Woodrow Wilson High school, and he then enrolled at the College of William and Mary. In 1961, he graduated with a degree in business administration.

Ellis joined the United States Coast Guard Reserve. As a result, there was no draft into the military for Ellis. During this same period, he studied at New York University. In 1963, he graduated with a master’s degree in retailing.

Miller & Rhoads employed Ellis as a buyer and merchandiser in the fashion industry. They were based in Richmond, Virginia. Ellis also co-established A Sunny Day, which was a retail shop in the same area.

Ellis then moved to New York City, and he joined a sportswear company called John Meyer of Norwich.

His employer, the Vera Companies, asked him to design a fashion collection. Ellis designed a sportswear line for women called Portfolio. As a result, American women loved the designs when they were presented in late 1976.

In 1978, Ellis established his own business called Perry Ellis International. His showroom was located on Seventh Avenue in New York. He then worked on the development of the Perry Ellis Menswear Collection.

Ellis went on to include shoes, furs, accessories, and perfume.

From 1984 to 1986, Ellis was also President of the Council of Fashion Designers of America (CFDA).

Among his awards and honors, Ellis has the following:

2002:   Honored with a plaque on the sidewalk of Seventh Avenue on the Fashion Walk of Fame

In 1981, Ellis entered a relationship with Laughlin Barker, a solicitor. They were still together at the time of Ellis’s death in 1986. Ellis appointed Barker as President of the Licensing Division for Perry Ellis International.

In 1984, Ellis conceived a child with Barbara Gallagher, a long-term friend. They used artificial insemination. The couple named their daughter Tyler Alexandra.

Barker died from lung cancer in January 1986. After his death, Ellis’s health rapidly declined. Rumors spread that he had AIDS, which Ellis denied.

Ellis died on 30th May 1986 from encephalitis. It was never stated whether his death was AIDS-related.