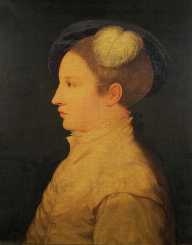 Edward VI was born on October 12, 1537. He served as the King of England from 1547 until his death in 1553. He was the son to King Henry VIII. Protestantism was established under his rule. His reign as King also led to the introduction of the Book of Common Prayer, Crammer’s Forty Two Articles and the Ordinal of 1550.

Edward VI was born on October 12, 1537, in Hampton Court Palace, Middlesex. He was born to King Henry VIII and Jane Seymour who was Henry’s third wife. He was christened on October 15, 1537, where he was proclaimed with the title of Duke of Cornwall and Earl of Chester. His mother died while he was still young and so he was left in the care of mistresses. He received his education under the tutelage of Richard Cox and John Cheke.

Edward VI's father died in 1547 when he was only nine years old. In the same year, he was anointed and crowned King of England at Westminster Abbey. He had a council of regency to fall back on anytime he needed advice and guidance. His uncle Edward Seymour was appointed to be his protector. Seymour secured from the King the monarchical rights to select members of the Privy Council. He introduced Protestantism when he issued an English Prayer Book in 1549 under an Act of Uniformity which enforced English people to follow it.

In 1549, he was arrested for the failure of the government. He was later released and reinstated to the council. In 1552, he was executed on charges of felony. In 1550, Seymour was succeeded by Dudley who became the leader of the Council. In 1553, King Edward VI became sick hence the succession to his throne became a point of contention. He made a will where he passed over the claim to the throne to his first cousin, Lady Jane Grey.

In 1543, Edward VI was betrothed to Mary, Queen of Scots as a gesture to promote peace between England and Scotland. The betrothal took place after the signing of the Treaty of Greenwich. Later Scotland repudiated the treaty, and the engagement became invalid. In 1551, he was betrothed to Elisabeth of Valois. In 1553, he became so sick that he could not show himself to the public. He died on July 6, 1553, at Greenwich Palace. He was buried in Henry VII Lady Chapel at Westminster Abbey. The last rites at his burial were performed by Thomas Crammer who was his confidante. He died at the age of fifteen.