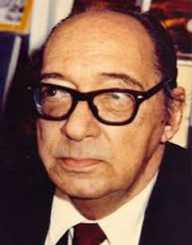 Juan Carlos Onetti was a novelist and literary critic formerly from Uruguay but later relocated to Spain.

Juan Carlos Onetti Borges was born on July 1, 1909, in the Uruguayan capital Montevideo. Juan Onetti was born as the second born among a family of three kids. His parents were Carlos and Borges de Onetti. Onetti was raised in a reasonably pleasant environment. His father was a government official, while his mother was from a noble Brazilian family heritage.

Notable in his childhood is his dropping out of school. Onetti enrolled in high school but never graduated.

Juan Carlos Onetti left Uruguay for Argentina in 1930. His stay in Buenos Aires was punctuated with several manual jobs. He worked as a salesperson among many others. During his free time, he wrote articles that would later form his first publications.

Returning from Argentina in his late twenties, he managed to get employed at a local publishing firm. In 1939, Onetti was the editor of Marcha. Marcha was the most read weekly newspaper in Uruguay.

The cultural magazine propelled Uruguay as the melting point of Latin American culture. Two years later in 1941, Onetti again left for Buenos Aires. He got a job with Reuters. He stayed in Argentina for 13 years working with various publishing houses.

Juan Carlos Onetti returned home in Montevideo in the early months of 1955. He continued to work until he was appointed as Montevideo’s Director of Libraries.

Juan Carlos Onetti's first novel was The Pit published in 1939 while in Buenos Aires. The second novel No Man’s Land was released in 1942. The following year, he published his third novel titled Tonight.

In 1961, he published The Shipyard. In this novel, he explores the hopelessness of the poor in the Uruguayan society. The Snatcher which was released in 1964 denotes the Uruguayan government’s lousy treatment of its people. The sequence in his novels was the same. He based his characters on a fictitious scene in an imaginary land. In all his books, he used imaginary characters to discuss issues relating to society and its morals.

His works were acknowledged in the Latin American world. His fortunes changed when the military took over power in Uruguay. His work was always under scrutiny from government agencies.

The height of the surveillance came in 1974. He was jailed along with other editors who were judging a literature competition. They were found guilty of awarding the first position to an article which was deemed critical to the military regime. His contemporaries in Montevideo wrote and petitioned the government for his release. The government released him after six months.

Fearing another persecution, Juan Carlos Onetti fled his homeland to Spain. With no inhibitions against the press, His star shined again in Spain. He managed to start publishing his mystical stories in Madrid.

Until his death, he had published 26 novels and had a collection of poems.

Juan Carlos Onetti got married to his first wife Maria Amalia in 1930. They were together in Buenos Aires when he was still a budding writer. The couple divorced in 1933. The following year, he got married to Amalia’s sister, Maria Julia. The union did not last long. He divorced his second wife. It is interesting to note that the first and second marriages involved two sisters, who happened to be Onetti’s cousins.

His third wife was Elizabeth Pekelharing in 1945. They also divorced a while later. He then remarried in 1955 to Dorothea Muhr. She stayed with him until his death.

Juan Carlos Onetti was feted with the Uruguayan National Literature Award in1962. The following year, he got the William Faulkner Foundation Award in 1963. In 1972, he received the Italian-Latin American Institute Award. Lastly, he got the Premio Cervantes award in 1980. This was in recognition of his lifetime achievement in the literature world.

Two films have been adapted to his life story.

Juan Carlos Onetti rose from a background of poor educational background. His expedition to Argentina gave him an exposure to the writing world. His rise to stardom was marked with many setbacks. His subsequent relocation to Europe cemented his publishing and name into the annals of Spanish language writers of the 20th century.