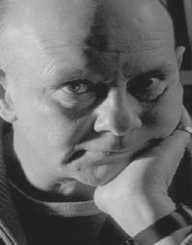 Nick Hornby is a highly talented British screenwriter, essayist, novelist, and lyricist. Nick, is not only famous for his great novels like About a Boy and High Fidelity but also for his literary criticism as well as his music and his comedic use of pop culture to depict dissatisfied adulthood.

Nicholas Peter John “Nick” Hornby was born on 17th April 1957 at Redhill, Surrey, England to Sir Derek Peter Hornby, London, and Continental Railways Chairman, and his wife, Margaret Audrey Hornby. At the age of eleven, his parents separated after which he lived with his mother and sister Gill Hornby, who also later became a writer, in Maidenhead where he was brought up.

Nick Hornby's early education started Maidenhead Grammar School after which he moved to Jesus College. He was later enrolled at the University of Cambridge to study English literature. He completed his studies and graduated from the institution in 1979. A year after his graduation, Nick was enrolled at a teachers’ training college. Upon his graduation, he worked as a teacher in Cambridge and later in London.

Nick Hornby's career as a writer and musician started when he was working as a teacher in London as a freelance journalist. He first published articles in both Esquire and Time Out Magazines. In music, during that time, he worked for The New Yorker as a pop music critic.

In 1992, Nick Hornby wrote his first book titled Contemporary American Fiction. It was a collection of essays about American writers like Ann Beatrice, Tobias Wolf, etc. The same year, he wrote an award-winning autobiographical story that detailed his fanatical support of Arsenal Football Club.

In 1995, Nick Hornby wrote his first ever novel and third book titled High Fidelity. This book was later adapted into a film in the year 2006. In 1998, he published his second novel titled About a Boy which was, also, later adapted into a movie. He then wrote another award-winning novel titled How to be Good in the year 2001 before writing another book titled Speaking With the Angel in 2002 followed by 31 Songs in 2003. During this period, Nick also started writing a book review column titled, Stuff I’ve Been Reading for The Believer, a favorite monthly magazine.

Nick Hornby wrote many other books and novels including A Long Way Down( novel, 2005), Slam (2007), Juliet Naked ( 2009), among others. In late 2014, he published his most recent novel titled Funny Girl. Apart from being an author, Nick was also a professional screenwriter. He wrote many scripts including that for the film titled Brooklyn in 2015. He was once a nominee for an Academy Award for Best Adapted Screenplay.

Throughout his career, Nick Hornby has won various awards including William Hill Sports Book of the Year (1993) for his autobiographical story titled Fiver Pitch, E.M.Foster Award (1999) for his novel titled About a Boy. He also won W.H.Smith Award (2002) for How to be Good, Best Books for Young Adults (2008) for Slam, British Sports Book Awards (2012) for his outstanding contribution to sports writing, among others.

Nick Hornby co-founded a non-profit organization called, Ministry of Stories in the year 2010. This organization was located in East London and was dedicated to helping young adults and children develop writing skills. He also got involved in the creation of Ambitious about Autism, a charity organization, then called the TreeHouse Trust. Together with this organization was a special school called TreeHouse School. This followed his difficulty in finding a specialized education for his son. He was, and remains, the Organization’s major donor as well as its Vice President.

Nick Hornby married his first wife, Virginia Bovell, with whom he had a son named Danny in 1993 who has autism. He then married his second wife, Amanda Posey, a professional producer who later gave him two sons born in the year 2003 and 2005.