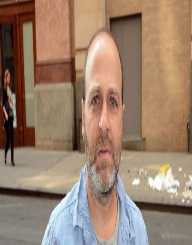 An Odd Chip off the Old Block: Chris Elliott

Christopher Nash Elliott, an American actor, comedian, and writer, was born on May 31, 1960, in New York City, United States. His father Bob Elliott was part of the successful comedic radio show ‘Bob and Ray.’ His mother Lee Elliott was a model and T.V. Director. Christopher Elliott, popularly known as Chris Elliott, grew up watching his father Bob preparing the Bob and Ray radio program, cracking jokes with his partner Ray and recording the program as well.

Chris Elliott went to the National Theater Institute at the Eugene O'Neill Theater Center in the spring of 1979 for an acting course. Elliott did not attend regular college studies. He took up the job of a tour guide at Rockefeller Center. David Letterman of ‘Late Night with David Letterman’ show fame visited the center one day with his mother. Elliott accompanied him as a tour guide and showed his funny side by joking with him. He got a call from David Letterman around a year later to be a part of the show.

Over the next decade, Chris Elliott earned four Emmy Awards for his magnificent writing on diverse topics of comedy as well as music programs. He also played an array of idiosyncratic, bizarre fictional characters from the mid to late 1980s on the David Letterman show. The characters portrayed by Elliot showed the variety and diversity of the show and its contents. ‘The Regulator Guy’ was a parody of The Terminator Films in which he claimed to be from the future and spoke with an indistinct German accent.

In the ‘Panicky Guy,’ Elliott pretends to be a viewer of the show and panics and runs from the studio on the slightest indication of danger. In 1986, Elliott starred in a spoof comedy about the life and times of President Roosevelt. It was named ‘One Man Show’ and showed no resemblance with the President. It showed some funny incidents like the Japanese bombing of The White House that has never occurred in real life.

In 1990, Chris Elliott started writing, producing and starring in his sitcom ‘Get a Life.’ The situational comedy was about a 30-year-old paperboy called Chris Peterson. The character lived in his parents’ garage and seemed to be eternally immature. The hilarious interaction of Chris with his family and friends while trying to avoid responsibility at any cost left the spectators in splits. Elliott’s real-life father Bob appeared in the show as Chris’ father. The episode ‘Zoo Animals on Wheels’ in the ‘Get a Life’ show was adjudged the 19th funniest TV moments of all time in the January 1999 issue of TV Guide.

Next, Chris Elliott co-wrote and acted in the movie ‘Cabin Boy,’ which was released in 1992. The movie was not commercially successful. He appeared in some small roles in films like ‘Groundhog Day’ and ‘There’s something about Mary’ and attracted critical acclaim. In 1994, he joined as a cast member of ‘Saturday Night Live’ for its 1994-95 seasons. In 2015, he did a guest appearance in an episode of NBC's ‘Law and Order: Special Victims Unit.’ He also bagged a leading role in Schitt's Creek as Roland Schitt in the same year.

As an author, Elliott wrote three books spoofing history. His ‘Daddy's Boy: A Son's Shocking Account of Life with a Famous Father’ was a fictionalized and comedic account of his own life story. He wrote his second book spoofing the notorious Jack the Ripper case of London. It was about his investigation of a serial killer in 1882 New York City and was named ‘The Shroud of the Thwacker.’ His third book ‘Into Hot Air’ is a story of his Mount Everest expedition along with a host of celebrities where he launched an enquiry about his Uncle Percy's failed Everest expedition.

Chris Elliott met Paula Niedert, a talent coordinator at Late Night with David Letterman show. The two met on the show itself. He married her on March 8, 1986. They were blessed with two daughters: Abby and Bridey. Abby followed the family tradition and decided to pursue a career in comedy. She has appeared as a cast member of Saturday Night Live (SNL) from 2008 to 2012, thus becoming the third consecutive generation of Elliotts to have performed in the show. Chris Elliott’s second daughter is also a prospective comic actor. He lives in Old Lyme, Connecticut with his family.