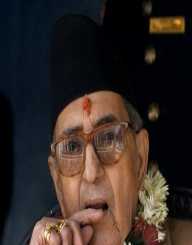 His election into power in 1991 made him the first democratically elected Prime Minister since 1959. Girija Prasad Koirala political career, which spanned more than sixty years started in his hometown when he started the political workers movement, Biratnagar jute mill strike and became a pioneer of the Nepalese labour movement.

Girija Prasad Koirala was born on 20 February 1925, to father Krishna Prada Koirala in Saharsa, Bihar, British India. His father was a Nepali living in exile in British India.

Girija Prasad Koirala started his political career in 1947 when he led the Biratnagar jute mill strike. Herode on that to form the Nepal Mazdoor Congress in 1948, which later became the Nepal Trade Union Congress-Independent. Girija Prasad Koirala then became the President of the Morang District Nepali Congress in 1953 holding office until 1960 when King Mahendra arrested and imprisoned him after the royal coup.

Nepal held its first multiparty democratic election in 1991 of which Girija Prasad Koirala won the parliamentary seat for Morang-1 and Sunsari- 5 constituencies. His party, the Nepal Congress won 110 seats out of the 205 in the Pratinidhi Sabha (House of Representatives), which is the lower house of parliament. Koirala was then elected as the leader of the Nepali Congress parliamentary party and subsequently appointed the Prime Minister by King Birendra. His tenure saw the House of Representatives enact a law to liberalize the country’s educational sector, health, and the media. The private sector was given license and empowered to run medical and engineering colleges in the country.

It was during this term that the government also founded the Purbanchal University and the B.P Koirala Institute of Health Sciences in the Eastern Development Region. Other infrastructure developments include theB.P Koirala Memorial Cancer Hospital in Bharatpur build with the assistance from the Chinese government. Koirala called for the dissolution of parliament and subsequent general election in November 1994, after a government sponsored vote of confidence failed as 36 members of parliament from his party voted against it. During the general election, his party lost, and the Communist Party of Nepal led coalition taken over power.

Second Term And Others

Girija Prasad Koirala was married to Sushma Koirala who was a headmistress at a local school for women in Biratnagar. They had a daughter, Sujata Koirala. Sushma died through a kerosene stove explosion in 1967. Koirala died on March 20, 2010, at age 85. He had suffered pulmonary disease and asthma for some time.