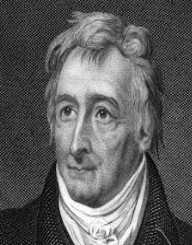 Henry Grattan was an Irish politician and lawyer.

Henry Grattan was born on July 3, 1746, in the city of Dublin, Ireland. His father, James Grattan, was a police officer and a representative of Dublin in the Irish Parliament. His mother was Mary Marlay Grattan. His maternal grandfather, Thomas Marlay, served as Attorney General and Lord Chief Justice.

Henry Grattan first studied at the Drogheda Grammar School in County Louth. He then joined Trinity College, where he studied oratory and classical literature. He later attended the Society of King’s Inns and passed the bar exam in 1772.

Henry Grattan worked as a lawyer very briefly, preferring to focus on politics instead. In 1775, he joined the Irish House of Commons as a representative of Charlemont. He became known for his eloquent speeches and his incredible oratory skills. His goal was to make the Irish Parliament independent from the British Parliament. In 1782, the Irish government finally accepted his proposal.

The following year, the British government approved the decision. Henry Grattan received great praise from the people and the Irish Volunteer Convention. Despite this, he still respected the monarchy and wanted to maintain a good relationship with Great Britain. In 1785, he supported the bill for free trade between Ireland and Britain. In 1790, he became the representative of Dublin.

In 1793, Grattan passed an act which increased the rights of Irish Catholics. This led to great tensions in the country and he had to retire. During the 1798 Irish Rebellion, the Catholics went against the Anglicans and the British Monarchy.

The government suppressed the rebellion, but many politicians blamed Grattan for it. In 1800, he briefly returned to the Irish Parliament as a representative of Wicklow Borough. He then decided to leave because he didn’t support the union between Ireland and Britain.

Henry Grattan eventually joined the newly-formed Parliament of the United Kingdom in London. However, he wasn’t as involved as before and rarely made speeches.

Henry Grattan passed away in his home in London on June 6, 1820. He was 73 years old. A few days later, his remains were buried in Westminster Abbey.

There is a statue of Grattan in the Outer Lobby of Westminster Palace. A bridge in Dublin and a building at Dublin City University are named after him.