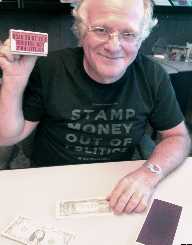 Ben Cohen is an American activist, entrepreneur and philanthropist born on March 18th, 1951. He is best known as the co-founder of Ben & Jerry's ice cream company along with Jerry Greenfield. The company is among the biggest Ice Cream companies in the US. Besides being a business man, Cohen has also taught art at a private school. Furthermore, he was once a cashier for McDonald’ and a pottery-wheel deliverer. Additionally, he has also been a Pinkerton guard. While studying at New York University, he met with Alec Baldwin whom they graduated together.

Ben Cohen was born on March 18th, 1951 to Jewish parents. His place of birth was in Brooklyn, New York in the United States. However, he was raised in Merrick situated on Long Island. He is the son of Frances and Irving. In 1963, Ben Cohen became friends with Jerry Greenfield, his future business partner.

Ben Cohen attended Merrick Avenue Middle School. Later in 1969, he briefly joined Colgate University upstate after working as an ice cream man. During his studies, he had a great interest in poetry.

In 1971, he attended the University Without Walls at Skidmore College. At Skidmore, he studied poetry and courses in jewelry. He completed his studies in 1974. Until 1977, he earned a living doing menial jobs at Saratoga Springs in New York. He also attended New York University.

In 1988, Ben & Jerry's Homemade Ice Cream Parlor came into existence with Ben Cohen and Jerry Greenfield, his old friend. The business is situated in Burlington, Vermont. The two came up with this business idea while at Merrick Avenue Middle School. Ben & Jerry’s was accepted quite well in Burlington and in no time, it was a major hit.

In 1985, the Ben & Jerry's Foundation was established. This foundation aimed to support community-oriented projects by funding it. In 1996, Ben Cohen stepped down as Chief Executive Officer.

Through his company Ben & Jerry's Foundation, Ben Cohen has been involved in some social causes. He supports organizations like the Anti-Displacement Project by funding it with close to 7.5 percentages of Ben & Jerry's pre-tax profits.

Ben Cohen is also a great advocate of Democratic candidates. In the U.S. Democratic presidential nomination in 2004, he supported Dennis Kucinich. Later in 2008, he stood for Barack Obama. During the 2016 Presidential Election, he supported Bernie Sanders.

Ben Cohen along with his business associate Jerry Greenfield was arrested in April 2016. This was for participating in a Democracy Awakening protest held in Washington, D.C.

In 200, Ben Cohen was presented with the New York Open Center. This was to honor him for being the pioneer of socially responsible business and his great leadership. Besides this award, in 1988, he had also been appointed as the US Small Business Person of the Year.

Many have described Ben Cohen as a hippie or in this case ex-hippie. During his free time, he loves to listen to songs by the Grateful Dead.