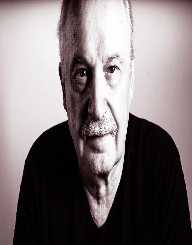 Italian musician, record producer, and songwriter Giorgio Moroder was born on the 26 April 1940 in Ortisei, Italy.

Working in Germany during the 1970s and 1980s Giorgio Moroder rose to fame with his involvement in the emerging genre of electronic, techno and new wave music. His recording of Looky Looky (1969) sold over a million copies and was won a gold disc in late 1970.

He worked with Daft Punk on the Grammy award-winning composition Giorgio Moroder in 2013 and a renewed interest in his work led to appearances at various shows internationally. In 2015, he released the album Deja Vu with featured artists such as Kylie Minogue and Britney Spears. Deja Vu rose to number one on the Billboard Dance charts in the United States.

Giorgio Moroder has won numerous awards including four Grammy awards, three Oscars, and four Golden Globes. In 2004 he was inducted into the Dance Music Hall of Fame.