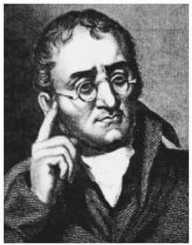 Amedeo Avogadro was born on August 9, 1776. He was an Italian scientist. He is known for the formulation of the Avogadro’s law. He is also known as the founder of the atomic, molecular theory. The Avogadro’s law states that equal volumes of gases under the same conditions of temperature and pressure will contain equal numbers of molecules. His contribution to science came known to the public after his death.

Amedeo Avogadro was born as Lorenzo Romano Amedeo Carlo Avogadro Quaregne e di Cerreto on August 9, 1776, in Turin, Northern Italy. He was born into a noble family. His father was a lawyer and senator in the Piedmont region of Northern Italy. He studied law and wanted to become just like his father. In 1792, he graduated in jurisprudence. He later obtained his doctorate in ecclesiastical law.

In 1801, Amedeo Avogadro got a job as a secretary to the prefecture of Eridano. His interest in Physics and mathematics grew with time. He later began studying mathematics and physics privately with the guidance of mathematical physicist Professor Vassalli Eandi. He then started scientific research on electricity. In 1803, he published his first scientific paper in collaboration with his brother, Felice. The following year, he became a corresponding member of the Academy of Sciences of Turin. He abandoned law and entered into academics. In 1806, he got a job in teaching mathematics and physics at a High School located in Turin.

In 1809, Amedeo Avogadro was appointed a Professor of natural philosophy at the Royal College of Vercelli. He held the post of professor until 1820. In 1811, he stated that equal volumes of all gases at the same temperature and pressure contain the same number of molecules. He also noted the correct formula for Water, ammonia, carbon monoxide, hydrogen chloride, nitric and nitrous oxides. His statements came to be known as the Avogadro’s Law. In 1820, he became the first chair of mathematical physics at the University of Turin. The following year, he established the right formula of ether and alcohol. In 1822, he lost his job at the University due to civil unrest. In 1834, he was appointed back to his position. He also authored memoirs on atomic volumes and designated affinity numbers for the elements using atomic volumes. He retired from his post as professor in 1850.

In 1815, Amedeo Avogadro married Felicita Mazze with whom he had six children. He died on July 9, 1856, at the age of seventy nine. His contributions to science were recognized after his death.