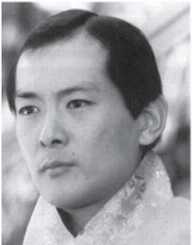 Jigme Dorji Wangchuck was the 3rd Druk king of Bhutan. He is best remembered for bringing modernization in his country during his reign as the King. He was named the father of modern Bhutan. He served in the government before he became King when his father died. As a king with a mind of improving the state of his country, Jigme Dorji Wangchuck brought many reforms that changed the country to a great extend. Slavery became something of the past and democracy was restored. He also launched Royal Bhutan Army aside from establishing courts. He was presented with Padma Vibhushan in 1954. This was an award for the second best civilian.

Jigme Dorji Wangchuck was born on May 2nd, 1929. His birthplace was in Trongsa, Bhutan. His parents were Jigme Wangchuck and Puntsho Choden. His mother was the second wife of his father. He began his education in the palace. He later traveled to Kalimpong in India where he took his private education. He completed his studies in England. He then returned to Bhutan in 1943 and served as Tongsa Dronyer.

In 1950 Jigme Dorji Wangchuck took over from Trongsa Dronyer as Paro Penlop. Tongsa Dronyer had passed on. For two years he served as governor (penlop) of Paro town. He was appointed as king on 27th, October 1952 upon his father’s death.  He began his duty as king by establishing the National Assembly. He came up with a five-year economic plan for his countries’ economy in 1961. Two years later he established Lodoe Tshogde also known as Royal Advisory Council. He created Royal Bhutan Army the same year and became the commander in chief.

In 1967 he established Institute of Language and Cultural Studies. This was one of the reforms he did in the education sector. The other reform was establishing public schools in Bhutan. He established the Supreme Law and nine years later in 1968 established a high court. Judges were then appointed to run the courts and slavery was abolished. Bhutan became part of United Nations in 1971. This success was attributed to the tireless efforts from Wangchuck.

Jigme Dorji Wangchuck tied the knot with Ashi Wangchuck in 1951.  She was the daughter of Gongzim Tobgay. Together they were blessed with three children.

Jigme Dorji Wangchuck took his last breath on July 21, 1972. He died while seeking medical attention in Nairobi, Kenya. He was 43 years old at the time of his death.