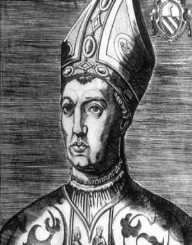 Antipope John XXIII also Baldassarre Cossa was born in the year 1370. The Catholic church called him the Pisan antipope because he opposed the ascension of Gregory XII. However, the Catholic church recognized Gregory XII as the one to rightfully take after Saint Peter. Also, he was the Cardinal of Pope Boniface IX.

Furthermore, he also later went to Bologna to serve as the representative of the papal affairs. The Catholic Church got the opportunity to depose him. Then they put him on trial for crimes against the church. However, there was a later doubt on the focal point of such accusations.

Antipope John XXIII was born in the year 1370 on the island of Procida, Kingdom of Naples. He was of noble birth to the Lord of the Procida (Giovanni Cossa). At the beginning of his youth, he took up a military career. Therefore, he got to serve in the Angevin-Neapolitan War. Also, he had two brothers. The two were sentenced to death for committing piracy by Ladislaus of Naples.

Antipope John XXIII got the opportunity to study at the University of Bologna. He graduated with doctorates in both canon and civil law.  The family urged him to join the service of Pope Boniface IX in the year 1378. He performed his first duties in Bologna, and then later he went to work in Rome. The year 1386 he got the opportunity to take the job of the canon of the Cathedral in Bologna. Ten years later, Antipope John XXIII was appointed to the seat of archdeacon in Bologna.

He was slowly rising in ranks. So, after some years later of service he was raised to the position of Cardinal-deacon of Saint Eustachius in 1402. Moreover, a year then saw him rise to the new position of Papal legate in Romagna in 1403. Some historians like Joann Peter describe him as a worldly person. Also, he was ruthless and dubious in his ways. Moreover, he was too crafty.

In the year 1408, Cardinal Cossa and some other six cardinals convened to deny and withdraw their support for Pope Gregory XII. In unison with his colleagues, Cardinal Cossa said that the Pope had broken his vow. The Pope had promised earlier not to create a new cardinal post without consulting them. Therefore, they met in a meeting later named as the Council of Pisa. They had the agenda to put to an end the schism.

Also, in absentia and the majority of the quorum, they deposed Gregory XII and Benedict XIII. Moreover, they took the opportunity to elect a new pope Alexander V in the year 1409. However, the other two ignored their move. So, at the time there were three people claiming the office of the pope in Rome.

After the Council of Pisa elected Alexander V, there was hope for them. However, Alexander V died just a short while after being elected. So, the council reconvened and held reelection. Therefore, Cardinal Cossa became a bishop then taking the name of John XXIII. Moreover, his move to became welcomed news in England, France, Portugal, Bohemia and most parts of the Holy Roman Empire.

Some people in the Italian cities also were happy to have John XXIII as Pope. In his role as the Pope, John XXIII took the move to make the Medici bank as the Papal bank. However, John XXIII had an enemy in Ladislaus of Naples. The man offered fierce protection to Gregory XII who was the other claimant of the Papacy. John XXIII then organized his army with the help of Louis II of Anjou to march against Gregory XII. After a few victories against Ladislaus' armies, they thought they were safe.

However, later he came back and defeated them immensely. So, John XXIII had to end schism but reluctantly. Before the council could realize, he ran and sought refuge in Florence. They agreed to have the Council of Constance convened. Thus, the committee sat and made the choice that all of the three men should abdicate the Papacy. Moreover, they were all to allow for a new election of the Pope.

Escaping from the Council of Constance and Deposition

At the time that the council was meeting, John XXIII was present. However, after the council’s decision, he made his escape from there. Some say that he had dressed as one of the postmen. From there, he went Schaffhausen in a boat. John XIII had the help of an ally Fredrick IV who was also the Duke of Austria. After the escape, the King of Romans declared that Fredrick was an outlaw. Therefore, all his possessions and land were forfeit.

However, after some time they met with Ludwig III, Elector Palatine. He convinced Fredrick that he had risked so much by helping John XXIII escape. They agreed to give themselves up. After running away, John XXIII was deposed by the same council. Also, when he went back to Rome, they tried him for committing an act of heresy, immorality, schism, and simony. Furthermore, they found John XXIII guilty of all Charges.

Upon his conviction, the Council handed him over to the Germans for imprisonment. However, in the year 1418, he was released when the Medici paid his ransom. After that, he went to Florence to work under Martin V. Therefore; Martin V named him a Cardinal Bishop of Frascati. However, a few months after the appointment he died. The Medici helped in his burial and constructed a beautiful tomb for his resting place in Florence.