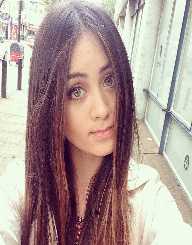 Jasmine Ying Thompson was born on November 8, 2000, in London. When she was 11 years old, she began recording covers of popular songs and posting them on YouTube. Her talent and ability to easily perform songs of various genres earned her many followers. In 2013, she posted her cover of The Passengers song “Let Her Go” on YouTube. The song was a major turning point in her career since it reached millions of views in a short time. By 2016, the video was viewed 32 million times.

After the success of her YouTube cover, Thompson released her debut album “Bundle of Tantrums.” The album included original songs, as well as covers. The album featured an acoustic cover of Chaka Khan’s “Ain’t Nobody” which peaked at number 32 on UK Singles Chart. The following year, Thompson was featured on the German deep house producer Robin Schulz’s song “Sun Goes Down.” The song was a major hit and reached Top 10 position on charts in several countries.

In 2014, Thompson released her second album Another Bundle of Tantrum. The album was successful and peaked at number 126 on the UK Albums Chart. Her cover of the song “Everybody Hurts” was used in the trailer of BBC’s EastEnders. After self-releasing two albums, Thompson signed with Atlantic Records label. With the company, she released her single “Adore.”

In 2015, DJ Felix Jaehn released a remix of her original 2013 song “Ain’t Nobody.” The remix became a worldwide hit and topped charts in Austria, Germany, Netherland, and Hungary. The song also reached Top 10 on the charts in several major European countries. In 2016, Thompson released two of her original hits “Where We Belong” and “Rise Up”. She was also featured in the DJ Vice song “Steady 1234”.