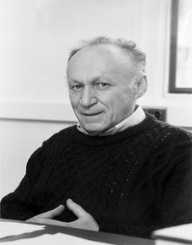 The little known about Carl Ludwig Siegel’s early life is that he was born on December 31st, 1896. His place of birth was Berlin in the German Empire. His father earned a living working at a post office.

In 19015, Carl Ludwig Siegel attended the Humboldt University situated in Berlin. He was nineteen years old at the time and the First World War was going on. At the university he studied astronomy, physics and mathematics.

He studied under Ferdinand Frobenius and Max Planck who became great influence to him. He would later focus on number theory and abandoned his astronomy studies. He realized that his true calling was in mathematics. His studies were cut short in 1917 when he had to take part in the war. He was inducted into the military but was discharged after a while when he could not fit into the system.

When the war ended, Carl Ludwig Siegel resumed his education. He joined the Georg-August University of Göttingen. Meanwhile, he became a research and teaching assistant under Edmund Landau. By 1920 he attained his Ph.D. degree. In 1922, his first publications on researches he had conducted were published.

Carl Ludwig Siegel officially began his career in 1922 at the Johann Wolfgang Goethe-Universität which was of Frankfurt am Main. He had succeeded Arthur Moritz Schönflies as a professor. Meanwhile, he became closely acquainted with docents Max Dehn and docents Ernst Hellinger. Together they actively participated in a mathematics seminar still in that year.

By the year 1928, the great mathematician had mentored over 140 students in some integral calculus courses. Hitler returned to power in 1933 upon which Jews teachers were prohibited from lecturing in universities. Carl Ludwig Siegel was against this rule despite the fact that he was an Aryan and not a Jew.

In 1935, He decided to move to Princeton in the United States. This is where he studied at the Institute for Advanced Study for a year. He returned to Göttingen in 1938 to take a professorship job he been offered. However, he did not stay for long in his country. Following his homecoming, Germany went to war led by the Nazis in 1939.

He was no longer interested in staying in his native land hence moved to Norway then to the United States in 1940. He then rejoined the Institute for Advanced Study in Princeton where he became a full-time professor in 1946. In 1951, after the World War II ended, Carl Ludwig Siegel once again went back to Göttingen. He became a professor there and served at the position till 1959 when he retired.

Carl Ludwig Siegel took his last breath in April 1981 at the age of 84. He died in Göttingen in West Germany.