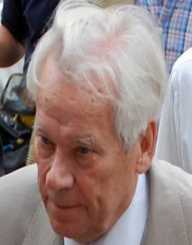 Mikhail Timofeyevich Kalashnikov was a Russian general, military engineer, and arms designer. He is known for his invention of an AK-47 assault rifle and its improved versions.

Mikhail Kalashnikov was born on 10th November 1919 to the couple Aleksandra Frolovna Kalashnikova (nee Kaverina) and Timofey Aleksandrovich Kalashnikov. They were farmers in their profession. They lost their property in 1930 and moved to a village Nizhnyaya Mokhovaya, Tomsk Oblast. In his childhood days, Mikhail suffered various ailments and was almost declared dead.

Mikhail was born in Kurya, Altai Krai, Russian SFSR. Mikhail was obsessed with all kinds of machinery. He was dreaming of becoming a poet. He wrote poetry all through his life. Mikhail used father’s rifle for hunting and continued his hunting in 1990. He wrote many books also.

Mikhail Kalashnikov left his family and took permission from his stepfather to travel to Kurya, travelling nearly 1k km by asking for lifts. Mikhail joined as a mechanic in a tractor station and was obsessed with arms. He enlisted into the red army in 1938.He was assigned the job of a tank mechanic given his skills in engineering,and he rose to the rank of a tank commander.

Mikhail invented items concerned with tanks as well as armaments. He got a watch as a present for his inventions. Mikhail was injured and hospitalized from Oct.41 to April 1942. During his stay in the hospital, he heard some army personnel complaining about the Soviet guns. It was here Mikhail conceptualized his new rifle – AK 47. Given his design skills, Mikhail was shifted to Central Scientific developmental Firing Range for the Red Army in 1942.

Mikhail Kalashnikov first developed a new type of rifle accepted as SKS, and this was the basis for him to enter the assault rifle competition in 1946. His entry “Mikhtim” became the model for the design of many similar rifles. An improved version was developed in 1949. This was an AK-47 rifle that became a standard assault rifle for the Soviet Army. AK-47 was superior to those developed by more well- known weapon designers of those days.

He further developed the PK machine gun with a different design to use on a tripod. The principle of these being - its simple design, roughness and easy to maintain in all operating conditions.

His AK-47 became so popular in the world that some nations used this symbol on their flags – Mozambique and Hezbollah, East Timorese and Zimbabwean coat of arms.

Mikhail Kalashnikov was more interested in the service to his country than money. Mikhail had a 30% share in the German company that runs by his grandson Igor.The company manufacturers other items such as vodka, umbrellas,andknives.The knife is called AK-74.

During early 2000, he visited the USA and American Wartime Museum where he saw his old tank in action and became emotional.

Mikhail Kalashnikov held a degree of Doctor of Technical Sciences (1971) and was a member of 16 universities. He has achieved The Order of St. Andrew, Order of Saint Andrew the Protoclete, Hero of the Russian Federation, etc. He got the Diploma of the Government of Russian Federation (1997, 1999). The accolades are numerous.

Mikhail Kalashnikov's father was a farmer and could read and write. His mother Aleksandra Frolovna Kaverina was not literate, and she remained so throughout her life. She became a widow in 1930 and got remarried to Efrem Kosach, a widower.

Mikhail married Ekaterina Danilovna Astakhova of Altai Krai for the first time. He again married Ekaterina Viktorovna Moiseyeva in 1921. She was an engineer and helped her husband in technical drawing. The couple had four children, three daughters and a son. Nelli (1942), Elena (1948), Natalya (1953) and son Victor (1942).Victor also was famous as an arms designer.

Mikhail Kalashnikov died on 23rd December 2013 at the age of 94 from gastric hemorrhage. In a letter he had written six months earlier to his death, published in Jan 2014, he had stated that he was suffering from “spiritual pain” – he said that his invention of the rifle might have claimed more lives and he was to blame. The Church defended his invention and described him as a symbol of nationalism.

Mikhail was laid to rest in the Federal Military Memorial Cemetery.