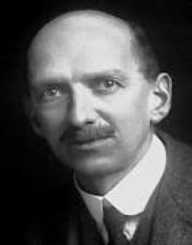 Charles Thomson Rees Wilson was born on February 14, 1869, in Midlothian, Scotland. His parents were Annie (Clerk Harper) and John Wilson. Sadly, John Wilson died when Charles was only a child, leaving him to be mainly raised by his mother.

As a child, Wilson attended Greenheyes Collegiate School. After finishing his primary and secondary education, he went on to attend Owen’s College. Here, he studied biology. Later, he earned a scholarship to attend Sidney Sussex College. He accepted the scholarship and began attending the school in 1888. Here, he still studied science but focused on physics and chemistry instead of biology.

After graduating from college, Charles Thomson Rees Wilson began working as a teacher at the Bradford Grammar School. However, he did not work here for long. Soon after, he left this school to work as a demonstrator at Cambridge. While working here, he also did some research. He was primarily interested in the weather, and so he started studying meteorology in his free time in 1893. A few years later, he discovered that ions in cloud formations could be detected and measured.

In 1896, the same year he made his discovery, he was awarded a scholarship that allowed him to continue his research. For the next four years, he continued to study ions in clouds.

In 1900, he moved from teaching at Cambridge to become a lecturer at Sidney Sussex College. While there, he continued this research. By this time, he was not only studying ions, but also electricity. In 1912, he made an important invention: the cloud chamber. This chamber could be used to detect ionizing radiation.

In 1913, Charles Thomson Rees Wilson was made an observer of Meteorological Physics in Solar Physics. Here, he continued this research. He was also still teaching at Sidney Sussex College during this time. In 1918, he was promoted within Solar Physics and was a reader for Electrical Meteorology. It was in this same year that he stopped teaching at Sidney Sussex College.

In 1925, he began teaching again, this time teaching natural philosophy. He continued teaching until his retirement in 1934. Even after retirement, he continued his research. He studied weather primarily, focusing on lightning and thunderstorms.

All of Charles Thomson Rees Wilson's awards and accomplishments are related to his work in meteorology. Some of his awards are listed below.

Charles Wilson married Jessie Fraser in 1908. Together, they had four children. They were married until Wilson’s death.

Charles Thomson Rees Wilson died on November 15, 1959, in Edinburgh, Scotland. He died from natural causes. He was 90 years old when he passed away.

Wilson’s cloud chamber was used primarily by other scientists during the 1920’s and 1930’s. However, it was used later than that, but not as much as it used to. Many scientists, like Arthur Compton, used this machine to make various scientific discoveries.

Many science buildings in colleges are named for him including the following: CTR Wilson Institute for Atmospheric Electricity.

The Wilson Condensation Cloud is named after him.