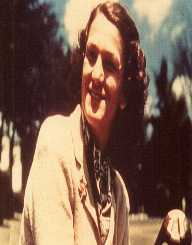 Mildred Ella Didrikson was born on June 26, 1911, in Port Arthur, Texas, USA. Her parents were Hannah Olsen and Ole Didriksen. She also had several siblings. Once her talent in baseball became obvious, she earned the nickname Babe, after the baseball star Babe Ruth. She later married George Zaharias and took his name. Now, she is best known as Babe Didrikson Zaharias.

As a child, Mildred Ella Didrikson loved to play sports with her siblings and the other neighborhood children. Some of her favorite sports as a child were baseball and basketball. It was while playing baseball with her neighborhood friends that she earned the nickname Babe.

Babe Didrikson Zaharias later attended Beaumont High School. She had poor grades, but her athletic skills never failed her. She was on sports teams during her time in high school. However, she did not graduate from high school right away. She took some time off to play sports professionally before returning to this high school to complete her education and graduate.

Babe Didrikson Zaharias dropped out of high school to pursue a full-time career playing sports. She first joined the Employers Casualty Company’s basketball team in 1929. She also worked as the secretary for this company as well. One of the teams that this company sponsored were the Golden Cyclones. Babe Didrikson Zaharias went on to play on this team in 1930. She later led this team to victory in the Amateur Athletic Union Basketball Championships in 1931. She continued to play on this team until 1932.

In 1931, Babe Didrikson Zaharias became interested in another sport, Track. She soon joined a women’s track team, and in 1931, she competed in the Women’s AAU Track Meet. She won eight of the contests at the meet and was second place in another contest. In 1932, she continued to compete in track. She joined the Illinois Women’s Athletic Club. That year, when her team entered a track competition, she helped her team to earn second place.

Babe Didrikson Zaharias joined the 1932 Olympics, which were being held in Los Angeles, California, USA, in that year. She competed in several events during this competition: the javelin throw, high jump, and hurdles (women were only allowed to compete in three competitions at the time). She earned two gold medals at the Olympics: one for the javelin throw, and one for the hurdles. She earned a silver medal in the high jump, as she was called out for a technicality. She also beat four world records while competing in the Olympics.

Around the same time that she was competing in the Olympics, Babe Didrikson Zaharias picked up another athletic hobby-- golf. For the rest of the 1930’s and into the 1940’s, Didrikson was active in the golfing community. She practiced and played gold for several years as a hobby before she was finally named a professional golf player in 1935.

Once a professional, Babe Didrikson Zaharias was able to play in more golfing competitions than she had been in the past. Some of the golf tournaments she played in over the years were the Women’s Amateur Tournament, the Texas Women’s Amateur Competition, United States Women’s Open, Tam O’Shanter All-American Golf Tournament, and the British Ladies Amateur.

In 1949, Didrikson (along with her friend and fellow golf-player Patty Berg) went on to establish the Ladies Professional Golf Association.

Outside of her professional golfing career, Didrikson continued to play other sports for fun, like baseball, billiards, and swimming.

In the 1950’s Babe Didrikson Zaharias was diagnosed with colon cancer. She was treated for this and underwent surgery twice in five years. However, it would ultimately be complications from cancer that would cause her death. Mildred Didrikson Zaharias died on September 27, 1956, in Galveston, Texas, USA. She was only 45 years old when she passed away.