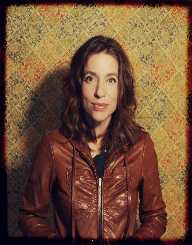 She wrote her own song by the age of 14. Upon her graduation from the Buffalo Academy for Visual and Performing Arts high school at the age of 16, she enrolled herself at the Buffalo State College for further studies. She declined to accompany her mother when the latter moved to California and instead applied for emancipation to the court of law. She was granted the right to be an emancipated minor at the tender age of 15 and stayed back in Buffalo, living all by herself. She moved to the New York City the following year and authored her signature song ‘Emancipated Minor’ recounting her experience about the same.

In a significant move, at just the age of 19, DiFranco established her own record label Righteous Babe Records in 1989. The move was aimed to seek creative freedom of expression and unhindered release of her future songs laced with lyrics displaying political overtures. In 1990, one year after the formation of her very own recording company, DiFranco released her self-titled debut album quickly garnering a steady fan base among the college-going younger generations. After gaining the necessary popularity, she started touring extensively throughout the United States as well as Canada which went on for the next 15 years. She also continued to release new albums about once a year mixing her folk-style songs with the alternative category of rock music innovating a common chord between the two in her comprehensive style of music.

During the 1990s, DiFranco attracted international media attention when she started performing in large and important locations around the world including her appearances on VH1 and MTV. She also appeared on the cover stories of Magnet, Spin, and Ms among many others.

She steadfastly declined many offers from other major recording labels to have a recording contract. She was always forthright in her stand about her own recording company by saying that it is not about maximization of profits but for maintaining the creative freedom of her artistic self and to keep firm control over her music including her controversial lyrics having a political undertone.

As part of the opening ceremony of the Woody Guthrie Archives in New York City in September 1995, DiFranco performed at a concert at the Rock and Roll Hall of Fame in Cleveland, Ohio. A CD of the concert was later released on her recording label titled ‘Til We Outnumber Em’ featuring a number of contemporary artists such as Arlo Guthrie, Billy Bragg, Tim Robbins, Indigo Girls, Bruce Springsteen, Dave Pirner,Ramblin' Jack Elliott and DiFranco herself. The revenue generated by selling the CD was donated to the Woody Guthrie Foundation and Archives and the Rock and Roll Hall of Fame Museum education department.

From the second half of the 1990s, DiFranco started recording musical albums of other artists including the solo album titled ‘Make it Beautiful’ by Sara Lee, the bassist of their touring group. She also recorded and released albums of other artists such as Michael Meldrum, Andrew Bird, Nona Hendryx, Kurt Swinghammer, Anais Mitchell, Buddy Wakefield, Utah Phillips, Arto Lindsay, Sekou Sundiata and Sara Lee.

She also excelled as a poet during her distinguished journey of life. Her poem ‘Self Evident’ appeared in the book ‘It's a Free Country: Personal Freedom in America After September 11’. The title of the poem later became the title of her first book of poetry as well. She was nominated for Grammy Awards for four consecutive times for Best Recording Package since 2003. She eventually won the award in 2004 for her 2003 studio album ‘Evolve’.

A self-professed bisexual, DiFranco married Andrew Gilchrist, the sound engineer of her recording label, on May 30, 1998. They divorced in 2003 after spending five years as a married couple. DiFranco became a mother for the first time on January 20, 2007, when she gave birth to her son Petah Lucia DiFranco Napolitano. Consequently, she married the father of the child Mike Napolitano in January 2009. The couple was blessed with their second child, a baby boy named Dante DiFranco Napolitano on April 6, 2013.