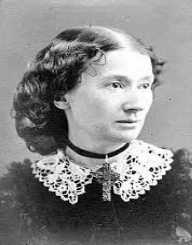 Laura Keene was an American actress; she came into the limelight after taking a lead role in the play Our American Cousin, a play attended by President Abraham Lincoln. She was also the first female theatre manager in the film industry.

Laura Keene was born on 20th July 1826 in Winchester, England. She was the 4th born in a family of four children. Her parents were Thomas and Jane Moss.

Her husband was later convicted and jailed in Australia for an unknown crime. Keene was left to raise her two children in a difficult economic situation.

Keene later went to Australia to locate Taylor to seek consent on her divorce.

Some accounts indicate that Keene was unable to locate Taylor and some claim that Taylor denied consent to her request.

The two remained legally married until 1860 when Taylor passed away.

She later married John Lutz in 1860. She stayed with him for the rest of her acting career.

Laura Keene's aunt later encouraged Keene to make true her dream of being an actress. Although it seemed impossible for Keene since it was socially unacceptable for a woman with children to be an actress.

She made her debut in acting on October 1851 in the act The Lady of Lyons. This was followed by several other acts in London.

After several acts in London, she was invited to New York by James William Wallack to serve in as a leading lady in his theatre company.

Keene enjoyed a lot of popularity during her time in Wallack's Theater. She, however, left Wallack's company one night for Baltimore. She acted as a manager and director in Charles Street Theater.

Her return to New York saw her lease Metropolitan Theatre. After a few makeups, she renamed it Laura Keene's Varieties.

Her theatre saw a lot of success before the building she had leased was purchased by William Burton.

This prompted her to build her theatre which was opened on 18th November 1856. Two years later Our American Cousin debuted in her theatre.

During the night of Our American Cousin debut, President Abraham Lincoln and the First lady Mary Todd Lincoln were in attendance.

During the play, John Wilkes Booth shot the president who was in the presidential box. The shooters then took advantage of the confusion and flee the scene.

Keene rushed to the presidential box held the president's head that was severely bleeding. Her dress was filled with blood, a dress that was later donated to the National Museum of American History.

After the incident that left the president's death, Keene was able to stage over 50 performances. In 1860, she oversaw The Seven Sisters, which saw a record of 253 performances.

Laura Keene's deteriorating health led to relinquishing her duties as managing director in her theatre. On 4th July 1873, she staged her last performance.

At the age of 47, she was diagnosed with tuberculosis, and she later died on 4th November 1873. Her body was laid to rest in Green-Wood Cemetery.