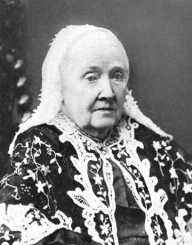 Julia Ward Howe was an American poet, author, and social activist. Born on May 27, 1819, she wrote several books and best known for her writing the lyrics of the song “The Battle Hymn of the Republic.” Howe was also a strong abolitionist and advocate for women’s suffrage. Howe collaborated with her husband on the abolitionist newspaper, The Commonwealth as editors.

Julia Ward was born on May 27, 1819, in New York as the fourth child of Samuel Ward III and Julia Rush Cutler. Her father was a Banker and Wall stockbroker and her mother a poet. Julia died when Howe was five years old. She had a limited social life due to her father’s Calvinism. Howe lost his father and brother Henry all in 1839.

Julia Ward received education from private tutors and later at schools meant for young women until age 16. Howe gained access of varieties of books and read wide from his eldest brother Samuel Cutler Ward’s library. Samuel had traveled to Europe and returned with a whole lot of books for a private library.

Reading widely, Julia Ward started a career as an author, penning several poems, plays, and drama. She wrote the novel The Hermaphrodite, in the 1840sbut it went unpublished. In 1853, she released the book passion Flowers, a collection of personal poems under anonymous author. Four years later she published another collection, Words for the Hour, anonymously.

After the books, she wrote plays like Leonora, 1857 and Hippolytus. Howe and her husband, Samuel worked as editors of the paper The Commonwealth. Howe traveled widely and published some works on the travels.

Julia Ward published Trip to Cuba in 1860, which gave accounts of her trio in 1859. He other writings includeSex and Education, 1874, Modern Society, 1881, and Margaret Fuller, 1883. Howe founded the literary journal Northern Lights and the Women’s Journal where she also served as an editor.

The Battle Hymn Of The Republic

In November 1861, Julia Ward and her husband Samuel traveled to Washington DC to deliver supplies during which they met Abraham Lincoln in the White House. Duringthe trip, he joined other joined some troops in singing several tunes including to the song “John Brown’s Body”.

A friend encouraged her to write new lyrics for the song, which she readily did. The song became very popular among the Union during the American Civil War. The lyrics became the poem “Battle Hymn of the Republic” and published in the Atlantic Monthly, in February 1862.

After the war, Julia Ward became very active in civic activism including advocating for women’s suffrage, pacifism, and reforms. In 1868, she helped in the founding of the New England Woman Suffrage Association and New England Women’s Club becoming the president in 1870. In 1872, she became the editor of Women’s journal, founded by activists Lucy Stone and Henry B. Blackwell in 1870. It was within that year that she wrote her

"Appeal to womanhood throughout the world," that became known as Mother's Day Proclamation and advocated for the need for women to join world peace. She also published works like Sex Education, 1974, Modern Society, 1880, and the collection of lectures titled Is Polite Society Polite? in 1885. In 1876, Howe founded the Association of American Women, which championed women’s education, becoming the president in 1897. Julia Ward published the popular autobiography Reminiscences in 1899.

Their marriage was not a happy one, with Samuel’s frequent travels and controlling persona. Julia Ward died on October 28, 1910, at the age of 91 in her home in Portsmouth, Oak Glen. She was interred in the Mount Auburn Cemetery in Cambridge, Massachusetts. Her biography published posthumously by her children in 1916 won Pulitzer Prize for Biography.

Julia Ward Howe was elected to the American Academy of Arts and Letters on January 28, 1908, at age 88, becoming the first woman to be elected to the Academy. In 1970, she was inducted into the Songwriters Hall of Fame.