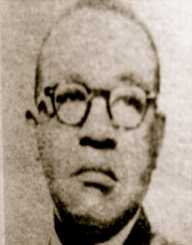 Together with his wife, they revived the Dallas County Voter League in 1930. They advocated for black voting right in the United States of America. His most memorable act was hosting Student Nonviolent Coordinating Committee in Alabama Selma in 1960.

The activist met his wife in Selma while working for the U.S Department of Agriculture. During that time he was working as the Dallas County extension agent while his wife worked as Dallas County home demonstration agent.

They both had the passion for fighting for the rights of poor black Americans. Members of their community faced discrimination. The society treated Americans of African origin faced discrimination. The two activists married in 1936, theyhad two sons together, Bruce Carver and Bill Jr. Their children's godfather was Washington Carver, the famous crop rotation innovator.

Beginning 1930 through to 1950, Boynton sought to empower black Americans in Alabama politically. He soon became the president of Fourth Congressional District. Along with his wife Amelia, they revived the Dallas County's Voter League.

Together with several another activist, Boynton and his wife initiated the Voting rights act. ALSO, he empowered the black Americans on self-reliant.

He bought 120 hectares to help aid the homeless African Americans. Also, he has supported in funding the construction of colored community centers and recreational facilities. His most common agenda was advocating for education for the blacks.

His place of work became the civil rights movement headquarters. They used their house in holding their meetings and hosting civil activist who was facing threats.

Sam's son, a law student faced charges of sitting at an all-white table in a curfew. In 1960 for sitting in a section set for only the whites in a restaurant. The case went to the highest court of the land, and it became a public interest. The case paved the way for a civil rights breakthrough between 1961 and 1964 since the Civil Rights Act came into a pass.

Sam Boynton did not, however, live to witness the Act see the light of day. He died of a heart attack in May 1963. His death became a major setback for the Civil Rights movement community. His wife, however, vowed to continue with what Sam's work.

The most significant breakthrough for the civil rights movement came in 1965. Amelia Boynton led a protest named the Bloody Sunday. The outcry prompted Lyndon B. Johnson, the United States president to put pen to the Voting Rights Act.