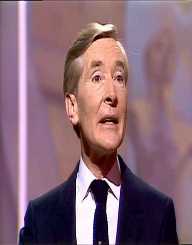 Kenneth Williams is a comedian and an actor

Kenneth Charles Williams was born on 22 February 1926, in Bingfield Street, King’s Cross of London. His parents were Louisa Morgan and Charles Williams. Kenneth Charles had a half-sister, Alice Patricia who was born to his mother before she was married to Charles. When he was nine, the family moved to Bloomsbury, where they lived upstairs above Charles’ barbershop.

Kenneth Charles went to Lyulph Stanley School, where he had his first taste in acting for a school play. He was forbidden to pursue a career in acting by his father. Instead, Kenneth was apprenticed as a lithographic draughtsman, learning to become a cartographer. He was evacuated to Bicester, during the start of World War II, when the Blitz started.

Kenneth Charles was drafted by the Army, becoming a sapper for the Royal Engineers Survey Section, where he utilized his cartography skills. Kenneth was in Singapore when the war ended, and he chose to become an entertainer for the troops, transferring to Combined Services Entertainment Unit. After Kenneth Charles discharge from the military in 1948, Kenneth started his acting career by working in repertory theatre. He was disappointed that he did not gain much acceptance playing dramatic roles, but his performance in comedy gained him the recognition he craved. Kenneth Charles was acting in St Joan in the West End, where he played the Dauphin in 1954, gain him a role in Hancock’s Half Hour radio show.

In 1955 he appeared in Moby Dick—Rehearsed, a stage production by Orson Welles. As Hancock’s show changed its format five years later, Kenneth jumped ship to Kenneth Home’s Beyond Our Ken radio show in 1958, where he stayed for six years. In 1964, he joined the sequel to Beyond Our Ken, Round the Horne. Kenneth Charles also worked in West End revues, notably Share My Lettuce with Maggie Smith, Pieces of Eight, Gentle Jack and many more. His last revue was in 1960, entitled One Over the Eight. The revue was held in Duke of York's Theatre, where he acted alongside Sheila Hancock. He then moved onto plays, appearing in Captain Brassbound's Conversion in 1971, and My Fat Friend in 1972.

Kenneth Charles was a regular feature in a famous British film the Carry On Series, during the 1960s and 70s. The series focused on double entendre humor; and Kenneth Charles was in twenty- six of the thirty- one films. The franchise was financially successful while paying its actors poorly. Kenneth often played characters who were usually arrogant and snobby. Apart from carrying On Franchise and other films, Kenneth was a regular on the BBC’s radio panel game: Just a Minute. Kenneth started from its second season in 1968 until his death. Kenneth Charles would usually get into arguments with the host and cast members. Kenneth would also appear on radio comedy The Betty Witherspoon Show in 1974 as a guest. He had his TV variety series: Meanwhile, which he co-hosted. He would also contribute to What’s My Line, and a reader at the children’s storytelling series Jackanory.

Kenneth Charles was also a member and executive committee of the Actor’s Trade Union, Equity. Until his death, Kenneth Charles had fifty- nine appearances on television and films. Forty plays since 1948, and fourteen radio shows. He wrote Kenneth Williams: Fantabulosa!, which was a television movie, and soundtrack for carrying On Screaming.

Kenneth Charles was never married, nor have a relationship. When Charlie, his father was admitted to the hospital in October 1962, he refused to visit. Charlie passed away the next day of accidental carbon tetrachloride poisoning. Kenneth Charles also kept a diary since 1942 and had forty- two volumes containing his thoughts and events. He struggled with back pain and was given painkillers and barbiturates. On 15 April 1988, Kenneth Charles died of an overdose of barbiturates. Kenneth Charles last words in his diary were "Oh, what's the bloody point?". The cause of his death remains uncertain if it was accidental overdose or suicide.

Kenneth Charles was cremated at East Finchley Cemetery, and his ashes were scattered in the memorial gardens. Although he had left about £540,000, he did not will it to his mother, as it was thought as he had expected to outlive her.