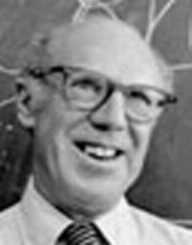 Gerard Debreu wasFrench American Economist and mathematician. He is known for his contribution in the field of Economics. He brought mathematical precision to economics in theories like supply and demand.

Gerard Debreu won the 1983 Nobel Memorial Prize in Economics. His work proves how economies have a finite number of price equilibrium. He is remembered also for his polite and humble demeanor.

Gerard Debreu was born on 4th Jul 1921. His star sign was Cancer. His parents were Fernande Debra and Camille Debreu. He became an orphan at an early age since his father committed suicide and his mother died of natural causes.

Gerard Debreu was educated in the native town and completed his schooling. He went to Ambert and later to Grenoble to prepare for his University examinations. In 1941 he was admitted to Ecole Normale Superieur in Paris.

Gerard Debreu could not sit for the University examination in 1944because of the Second World War. He enlisted in the army and was sent to Algeria for training. He served in the Frenchoccupying forces in Germany till Jul 1945.

After the war, Gerard Debreu passed his Aggregation de Mathematique exams. He developed an interest in economics particularly in the General Equilibrium Theory of Leon Walras. Gerard Debreu served as an assistant in ‘The French National Centre for Scientific Research’ from 1946 to 1948. It was during this time that he shifted from Mathematics to Economics. He visited the US on a Rockefeller Fellowship in 1948. He visited several other universities also like Uppsala & Oslo.

Gerard Debreu worked as a Research Assistant and joined the Cowles Commission at the University of Chicago in 1950. He visited Paris often though he stayed in the US. Cowles Commission provided him with a rich intellectual atmosphere. Gerard Debreu was able to work on Pareto Optima on utility and research on the existence of General Economic Equilibrium.

Gerard Debreu published a paper with Kenneth Arrow in 1954. Kenneth Arrow was an economist, writer and political theorist. The paper was ‘Existence of Equilibrium for a Competitive Economy’. This was a break through the paper which provided a mathematical proof of the existence of general equilibrium using  topological  rather than calculus based method.

Gerard Debreu moved to Yale University in 1955. In 1959 he published a classic monograph ‘Theory of Value-An Axiomatic Analysis of Economic Equilibrium’. This is a very important work in mathematical economics. Gerard Debreu setup an axiomatic foundation for common markets. He showed that there exists a price system for which the aggregate excess demand correspondence vanishes, He proved it using Kakutani fixed point theorem.

Gerard Debreu introduced the concept of uncertainty through the notion of a contingent commodity. This is defined as a promise to deliver a good should a certain state of nature be realised. This is known as ‘Arrow Debreu security’. Later from 1960-61, he worked at The Centre for Advanced Study in the Behavioral Sciences at Stanford. He worked on finding the complex proof on the existence of an economic equilibrium through a general theorem that appeared in a paper in 1962.

Gerard Debreu worked at the University of California, Berkley from 1962 holding the titles of University Professor of Class of 1958, Professor of Economics and Mathematics. He visited other Universities like Leiden, Cambridge, Bonn, and Paris during his Sabbatical in late 60’s and 70’s. His later studies were based on Theory of Differentiable Economies. He showed that aggregate demand vanishes at a finite number of points. This showed that economies have a finite number of price equilibriums.

In 1986 he published ‘Twenty papers of Gerard Debreu ’. The papers were selected by Debreu himself and related to Mathematical economics. This book has a brief introduction by German Mathematician and Economist Werner Hildenbrand.

Gerard Debreu received the French Legion of Honour in 1976.

He was awarded the 1983 Bank of Sweden Prize in Economic Sciences in memory of Alfred Nobel for his work in economics.

He served as President of American Economic Association in 1990.

Gerard Debreu married Francoise Bled in 1945. They had two daughters Chantal, born in Aug 1946 and Florence, born in Feb 1950.