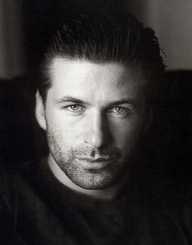 Alec Baldwin loved his childhood life; he loved to appear in leading roles every play. Not only is he known as a dramatic and charming man but he is also an Animal Rights Activist. Looking back at his films, Alec is an all in one personality. I guess Aries trait works best for him, unlike other thespians. You can see him in action thrillers, dramas, and many comedies, but his real feature is just out of this world. Having learned political science at George Washington University, we now know what makes him have an unpredictable kind of life. You will never come to interpret his next movies. Let’s see what made him change his mind.

Alexander Rae Baldwin was born on April 3, 1958, in Amityville, New York, United States. He has six siblings, thus two sisters and three brothers. Alec and his brothers, William, Daniel and Stephen went to Alfred G. Berners High School. In 1976 Alce graduated and went to study at George Washington University in 1976.He went on with his studies but didn’t manage to complete entirely. He thought for some time and went to study acting at the Lee Strasberg Theatre Institute. He was lucky to have found excellent tutors, Elaine and Horne who were ready to prepare him for the best. After his studies, Alec landed a busboy job at Studio 54 famously known as New York ninth-spot. This gave him a chance to meet with different celebrities. The acting was seen in Baldwin’s bloodstreams. In fact, all of his three brothers are in drama field, so why not Alec?

In the mid of 1980, Alec Baldwin started his television career as an actor in ‘The Doctors.' He was lucky to act in the series until the end of 1982.In 1984 Alec took several roles in romantic soap operas such as ‘Knot Landing’ who played as the main character. He played continuously till the end of the 40th episode. From 1986 to 1987 Alec played in different production roles such as ‘A Streetcar Named Desire’ and ‘Loot.' He came to make his biggest hit in 1987 where he appeared in ‘Forever, Lulu’ film. He followed it up with ‘Working Girl’ and Beetlejuice.' In 1990 his efforts paid off after taking a leading role in ‘The Hunt for Red October.' He also participated in ‘The Shadow’ cast together with Tim Curry and Penelope In.The ‘State and Main ‘comedy film communed in 2000 and ‘The cooler’ in 2003.

All of Alec comedic films played a significant role in his life. From 2006 to 2013 he took a chance and played a television sitcom titles ’30 Rock’ that aired on NBC. It was later announced that the series gave him better results in his acting career. In 2006 he played ‘The Departed’ together with Leonardo DiCaprio. The movie made on the top ten lists, which played a significant value in his career.

Alec Baldwin off-screen life is spent by helping others. As previously mentioned, Alec is an Animal activist and also an active contributor to several organizations. He supports groups like People for the American Way, New York City Centre as well as the Drama League of New York. In 1993 Baldwin married Kim Basinger and was blessed with one daughter, Ireland Baldwin. After seven years of serious commitment, Basinger filed for a divorce. The problem came when the two wanted the custody of their daughter. In 2004 Baldwin was given the right to stay with Ireland. But she was later taken back to live with her mother, Basinger. Alec later found happiness in the arms of Hilaria Thomas. They then wedded on 1 July 2012.The couple has a daughter called Carmen.