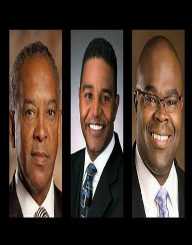 John W. Thompson is famously known as the Chief Executive Officer of Virtual Instruments that started in 2010. Before joining this fantastic company; John W. Thompson served in a series of high-end positions such as Symantec Corporation and IBM. He is a ‘walking google’ when it comes to technology. His short history inspires the young and the old.

John W. Thompson started as an IBM sales representative where he came to cement the corporate world in storm. Greater aims and heights are his thoughts of every day. But this didn’t come overnight; he worked for it for a span of two decades. John W. Thompson came to surprise the world and beyond for attaining a white collar position. Till now, John W. Thompson is an up-to-date professional that is highly respected both in the U.S and international.

In the mid of 1971, John W. Thompson served as IBM representative where he worked night and day to build his image. John W. Thompson acted like a comedian that made him grow a one of a kind mustache and a wondrous afro hair. His motive was for him to be a little bit different with his colleagues. Funny! I thought so too. But this didn’t last for long when John W. Thompson figured out the importance of a stunning and professional look.

John W. Thompson turned into a valuable product for IBM, and in 1983 he was sent to study M.B.A under Sloan Fellows program. After that, John W. Thompson was ranked as the CEO assistant, all thanks to his unique leadership skills. John W. Thompson rose to fame in 1990 when John W. Thompson was positioned as the new director of the IBM. He showed his great talent by motivating his colleagues as well as reorganizing the company’s performance. He was then named as the General Manager of IBM in 1997.

By the end of his retirement, John W. Thompson was invited by Symantec Corporation Board Members. Afterward, he retired from his previous position where he became the Symantec CEO. According to him, the company made both profits and loss, but it lacked one thing- focus. He did his best to improve the organization as well as recruiting new employees. His interest and vision raised the company’s effectiveness by 90%.

In 2009 John W. Thompson left the Symantec Company, but his reputation played a significant role. In 2010 he became the CEO of Virtual Instruments where he is still serving till date.