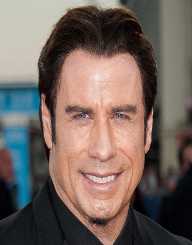 John Joseph Travolta is famously known as John Travolta. He was born on February 18th, 1954 in Englewood, New Jersey. During his mid-teens, Travolta dropped out of school with the intention of pursuing his acting career. He also spent some time featuring in Broadway productions. One of the first TV roles that got him to stardom was Welcome Back Kotter. Here he played as Vinnie Barbarino. This was followed closely by well-received films such as Grease and Saturday Night Fever. After spending some time away from the public eye, he came back in 1994 and featured in the monster hit film Pulp Fiction. This landed him his second Oscar nomination. Other projects that Travolta worked on include Primary Colors, Get Shorty, American Crime Story, Wild Dogs and Battlefield Earth.

John Travolta was born on February 18th, 1954. He was the youngest son in a family of six children. His father was called Salvatore Travolta, while his mother was named Helen Cecilia. His other siblings namely Ellen, Joey, Sam, Margaret and Ann Travolta have all been featured in different films.

At the age of 16, John Travolta knew the career that he would be pursuing and therefore quit high school. His first stage performance was Rain -1972. This was an off-Broadway production. With time, Travolta found himself as a cast in the Broadway production of Grease. He was to feature as a replacement for the role that was played as Doody. In 1974, he featured one of the main casts in Over Here! -1974. A year later, he got to the limelight following his role in Welcome Back, Kotter. He played Vinnie Barbarino in the TV show which won the hearts of many fans. Still, on his TV career, Travolta featured in The Boy in the Plastic Bubble in 1976. He acted alongside Diana Hyland, who he soon entered into a romantic affair with her. Nonetheless, their love affair came to an end following her death after suffering from cancer.

In spite of winning many followers with his role in Welcome Back, Kotter, John Travolta also earned global success after featuring in box office hits such as Saturday Night Fever in 1977 and Grease – 1978. The latter earned him an Academy Award nod for being the best actor. Besides this, he was also nominated for an Oscar Award. This made him one of the youngest actors, at the age of 24, to be nominated for the award.

Following a successful film and TV career, it seemed as though Travolta’s acting career would not wane at all. However, he went through a series of TV fails with shows such as the sequel to Saturday Night Fever called Staying Alive – 1983. Two of a Kind was also released the same year, but it did not perform well. Perfect – 1985 also got the same reception as the movies he featured in during the early 80s.

Things however changed in 1994 following a major comeback with the box office hit film Pulp Fiction. The movie was a commercial success and also contributed to Travolta’s high acclaim in the film industry. The film earned him an Academy Award nomination for the second time. His success in 1994 brought good luck to his side as he bagged home the Golden Globe award after featuring in Get Shorty. The 90s also featured hit film releases including Broken Arrow -1996, Phenomenon -1996, and Primary Colors – 1998. Travolta capped the decade with his role in The General's Daughter -1999.

In 1991, John Travolta tied the knot with Kelly Preston, an actress. Together, they were blessed with two children namely, Jett and Ella Bleu. Sadly, his first born son died in 2009. After the death of their son, the couple welcomed another son called Benjamin the following year.